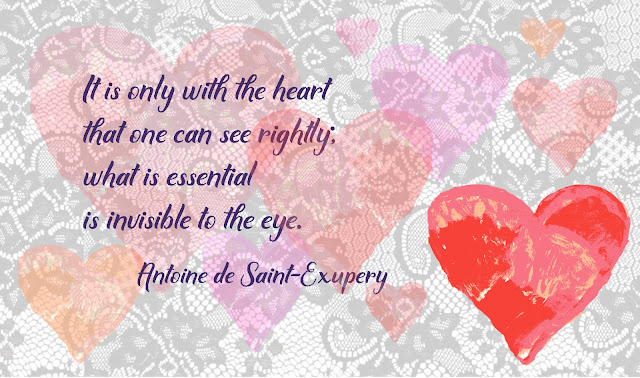 Mytilene, whose name is pre-Greek, is built on the southeast edge of the island. It is also the seat of a metropolitan bishop of the Orthodox church. Mytilene has a port with ferries to the nearby islands of Lemnos and Chios and Ayvalık and at times Dikili in Turkey. The port also serves the mainland cities of Piraeus, Athens and Thessaloniki.The city produces ouzo. There are more than 15 commercial producers on the island.The city exports sardines harvested from the Bay of Kalloni and olive oil and woodwork. 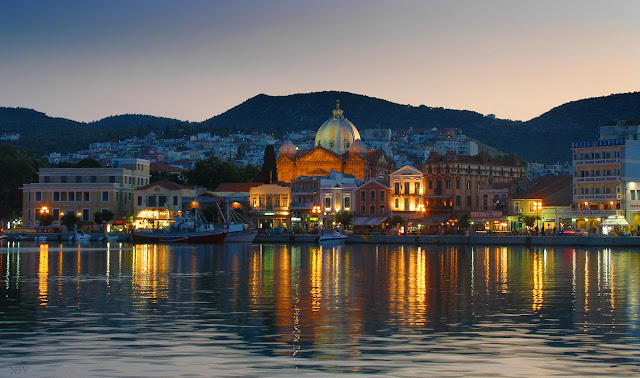 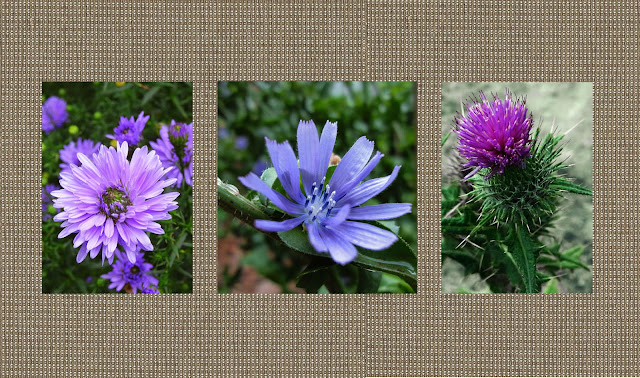 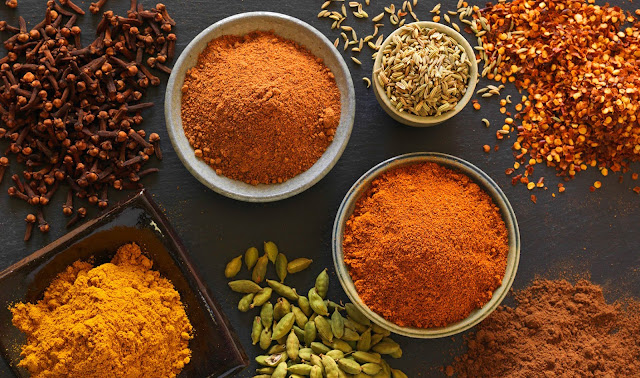 Birds in the Werribee River in Melbourne, Australia. 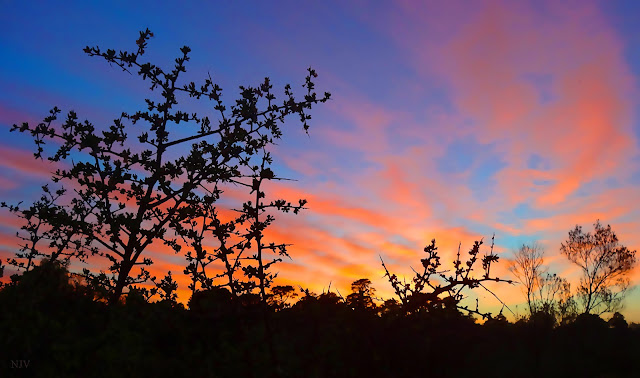 Hibiscus rosa-sinensis, known colloquially as Chinese hibiscus, China rose, Hawaiian hibiscus, and shoeblackplant, is a species of tropical hibiscus, a flowering plant in the Hibisceae tribe of the family Malvaceae, native to East Asia. Hibiscus rosa-sinensis is a bushy, evergreen shrub or small tree growing 2.5–5 m tall and 1.5–3 m wide, with glossy leaves and solitary, brilliant red flowers in summer and autumn. The 5-petaled flowers are 10 cm in diameter, with prominent orange-tipped red anthers.

Numerous hybrids have been developed in a variety of flower colours. This is one of many plant species with a genetic characteristic known as polyploidy, in which there are more than two complete sets of chromosomes, unlike most other species. A side effect of polyploidy is a condition where the appearance of the offspring may be quite different from the parent, or indeed any ancestor, essentially allowing possibly random expression of all (or any) of the characteristics of all the generations that have gone before. Because of this characteristic, H. rosa-sinensis has become popular with hobbyists who cross and recross varieties, creating new named varieties and holding competitions to exhibit and judge the many resulting new seedlings and often strikingly unique flowers.

The flowers of Hibiscus rosa-sinensis are edible and are used in salads in the Pacific Islands. The flower is additionally used in hair care as a preparation. It is also used to shine shoes in certain parts of India. They can also be used as a pH indicator. When used, the flower turns acidic solutions to a dark pink or magenta colour and basic solutions to green. It is also used for the worship of Devi, and the red variety is especially prominent, having an important part in tantra. In Indonesia, these flowers are called "kembang sepatu", which literally means "shoe flower". In several countries the flowers are dried to use in a beverage, usually tea.

The shrub is widely grown as an ornamental plant throughout the tropics and subtropics. As it does not tolerate temperatures below 10 °C, in temperate regions it is best grown under glass. However, plants in containers may be placed outside during the summer months or moved into shelter during the winter months. 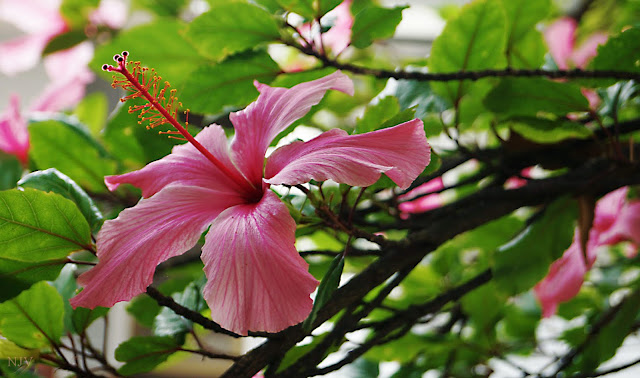 Glenelg is a popular beach-side suburb of the South Australian capital of Adelaide. Located on the shore of Holdfast Bay in Gulf St Vincent, it has become a popular tourist destination due to its beach and many attractions, home to several hotels and dozens of restaurants.

Established in 1836, it is the oldest European settlement on mainland South Australia (the oldest being Kingscote on Kangaroo Island), with the proclamation of the colony of South Australia. It was named after Lord Glenelg, a member of British Cabinet and Secretary of State for War and the Colonies.Through Lord Glenelg the name derives from Glenelg, Highland (previously Inverness-shire), Scotland. In Scottish Gaelic the name is Gleann Eilg. The name Glenelg is noteworthy for being a palindrome. 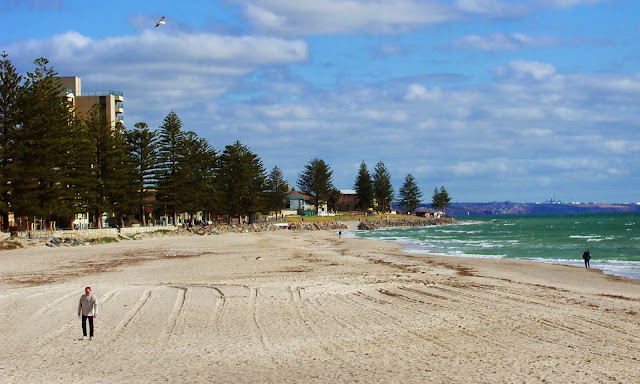 Melbourne, with its large Chinese community, celebrates the Chinese New Year with much joy and great festivity. At Southbank in front of the Crown Casino foreshore all sorts of take place. Crown’s Chinese New Year Festival and Riverwalk Hawker’s Bazaar has become an annual tradition in Melbourne’s Lunar New Year celebrations and has continued to expand its offerings every year. Happy Chinese New Year of the Dog! 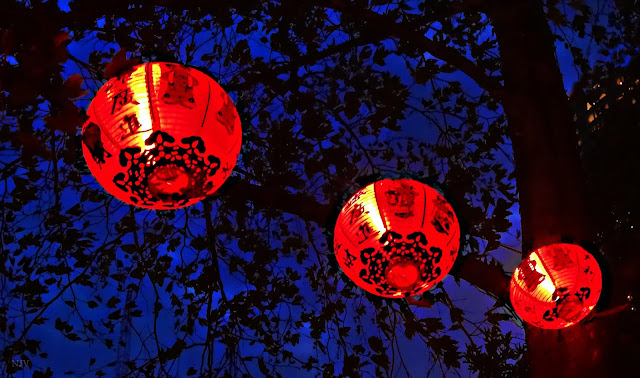 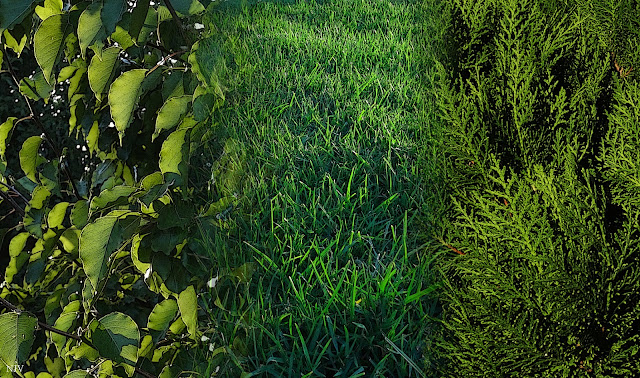 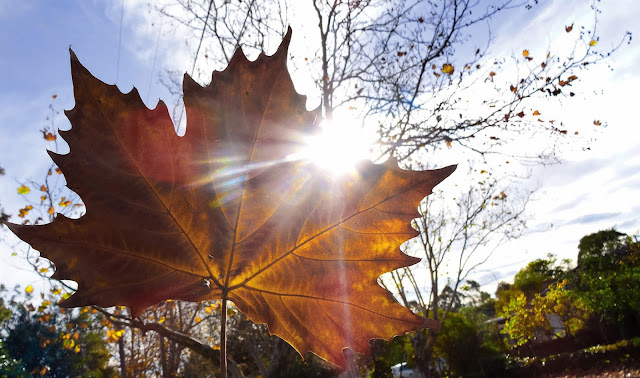 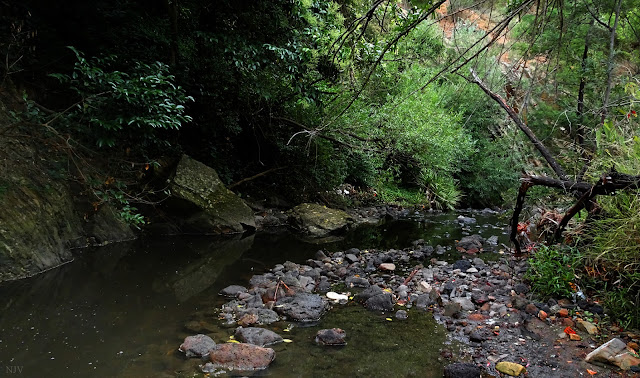 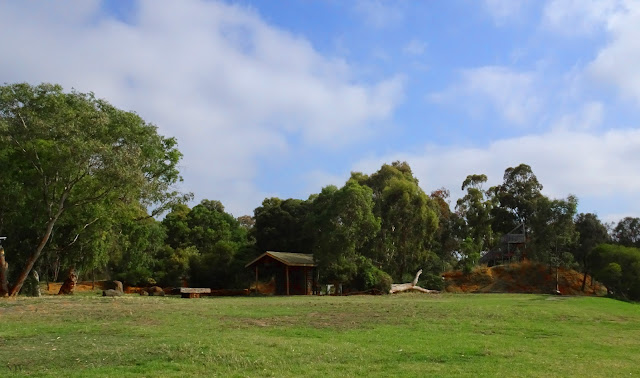 It is a herbaceous plant with alternate, pinnately compound leaves, on thin stems. The flowers are purplish-pink, borne in summer. The plant prefers full sun and is planted in moist clay soils.

The variety shown here is the hybrid Astilbe chinensis, "purpurkerze". 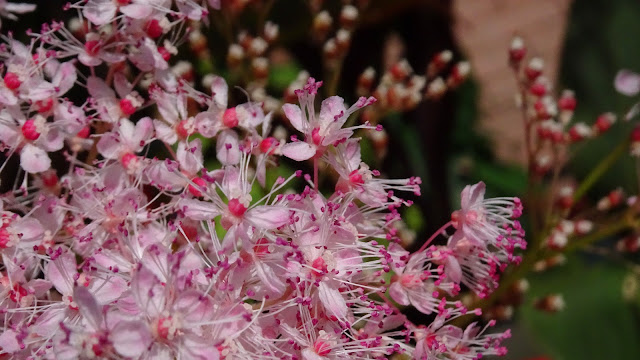 Posted by My Desktop Daily at 03:01 No comments: 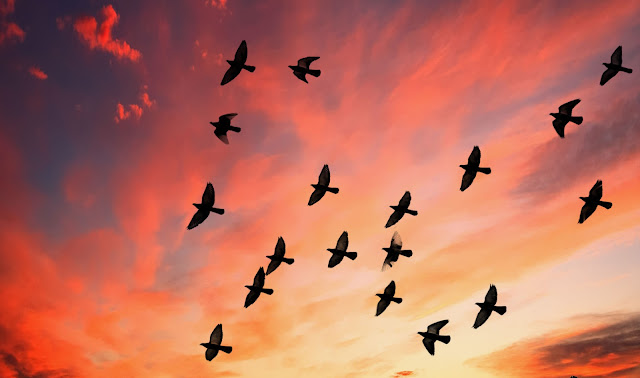 Saint-Malo is a historic walled port city and commune (with the commune expanded beyond the walls in 1968), in Brittany on the English Channel coastline of northwestern France. It is a subprefecture of the Ille-et-Vilaine. Traditionally known for its independent streak, Saint-Malo was in the past notorious for privateering (the "cité corsaire"). Today the city is a major tourist destination, with many ancient structures.

St Malo has several districts, the most popular being intra muros or ‘inside the walls’. The tall granite buildings, most of which were restored after being bombed during the war, house an interesting mix of cosy hotels, restaurants to suit all tastes and shops by the dozen. The Musée de la Ville tells you all you need to know about the town’s history and includes some fascinating maritime objects like the prow of a ship.

Opposite the old town are two little islands that can be reached at low tide (heed the warnings or you’ll get trapped there!). On one is the Vauban-built Fort National and on the other is the tomb of the writer and politician Chateaubriand, who was born in St Malo in 1768. Long sandy beaches sweep east from the old town to the district of Rothéneuf. Here you’ll find the former house of one of St Malo’s most famous sons, Jacques Cartier, who discovered Canada; the 15th-century Manoir de Limoëlou houses a fascinating museum dedicated to the explorer. 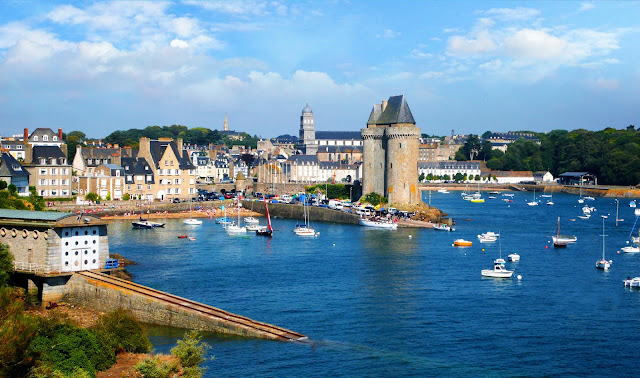 The Yarra Valley is the name given to the region surrounding the Yarra River in Victoria, Australia. The river originates approximately 90 kilometres east of the City of Melbourne and flows towards it and out into Port Phillip Bay. The name Yarra Valley is usually used in reference to the upper regions surrounding the Yarra River and generally does not encompass the lower regions including the city and suburban areas, where the topography flattens out, or the upper reaches which are in inaccessible bushland.

Included in the Yarra Valley is the sub-region of Upper Yarra (or the Upper Yarra Valley) which encompasses the towns of the former Shire of Upper Yarra in the catchment area upstream of and including Woori Yallock. The Yarra Valley a popular day-trip and tourist area, featuring a range of natural features and agricultural produce, as well as the Lilydale to Warburton Rail Trail.The Yarra Valley is host to a thriving wine growing industry. The area's relatively cool climate makes it particularly suited to the production of high-quality chardonnay, pinot noir and sparkling wine. 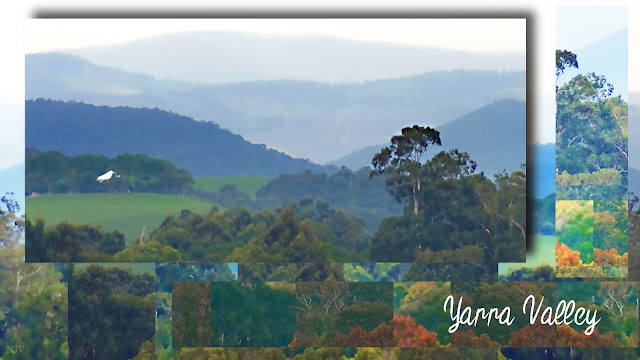 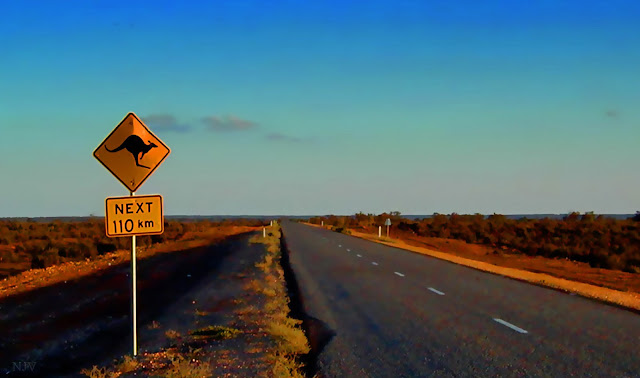 At the Darebin Parklands in the Melbourne suburbs. 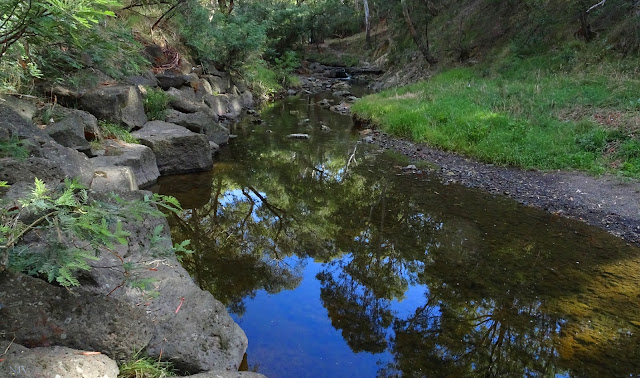 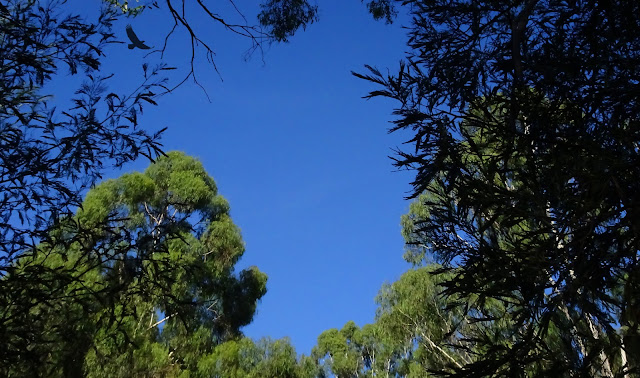 Catharanthus is a genus of flowering plants in the dogbane family, Apocynaceae. Like genus Vinca, they are known commonly as periwinkles. There are eight known species. Seven are endemic to Madagascar, though one, C. roseus, is widely naturalised around the world. The eighth species, C. pusillus, is native to India and Sri Lanka. The name Catharanthus comes from the Greek for "pure flower".

These are perennial herbs with oppositely or almost oppositely arranged leaves. Flowers are usually solitary in the leaf axils. Each has a calyx with five long, narrow lobes and a corolla with a tubular throat and five lobes.

Catharanthus roseus, known formerly as Vinca rosea, is a main source of vinca alkaloids, now sometimes called catharanthus alkaloids. The plant produces about 130 of these compounds, including vinblastine and vincristine, two drugs used to treat cancer.

Catharanthus roseus is also cultivated as an ornamental plant in gardens. Several cultivars have been bred to produce flowers in many shades of pink, red, lilac, and white, or in light shades with dark throats. 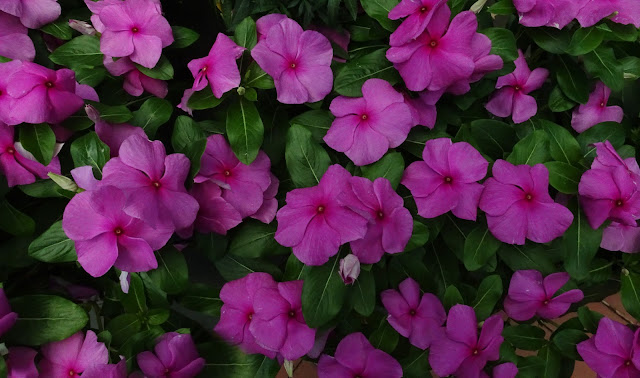 The Royal Exhibition Building is a World Heritage Site-listed building in Melbourne, Australia, completed in 1880. It is located at 9 Nicholson Street in the Carlton Gardens, flanked by Victoria, Carlton and Rathdowne Streets, at the north-eastern edge of the central business district. It was built to host the Melbourne International Exhibition in 1880–81 and later hosted (in the Western annex) the opening of the first Parliament of Australia in 1901.

Throughout the 20th century smaller sections and wings of the building were subject to demolition and fire; however, the main building, known as the Great Hall, survived. It received restoration throughout the 1990s and in 2004 became the first building in Australia to be awarded UNESCO World Heritage status, being one of the last remaining major 19th-century exhibition buildings in the world. It is the world's most complete surviving site from the International Exhibition movement 1851–1914.

The rough texture of the surface of three different glazed clay flower pots. 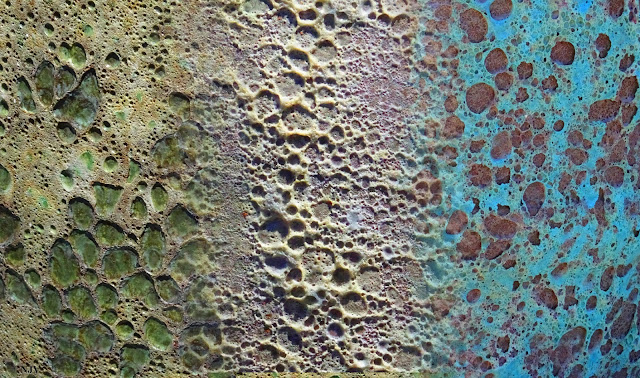 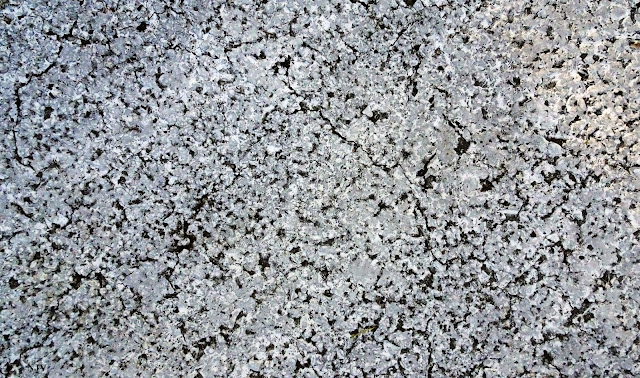 A perfect Summer morning with the sun filtering through the fresh new green leaves of the gum trees. 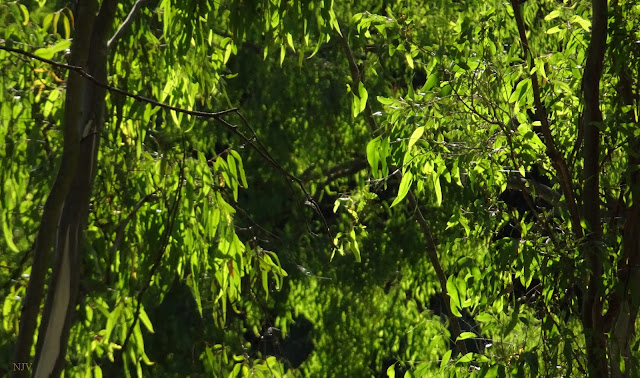 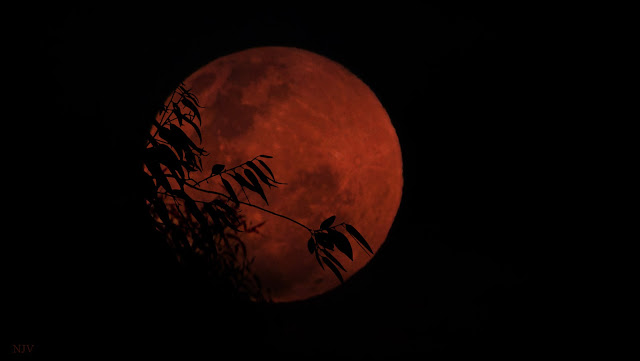 This post is part of the Floral Friday Fotos meme,
and also part of the Orange you Glad It's Friday meme. 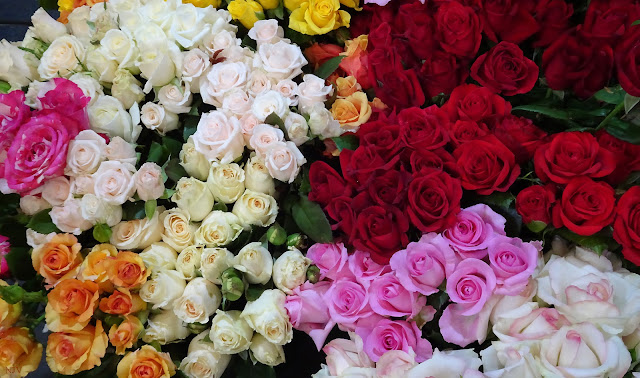