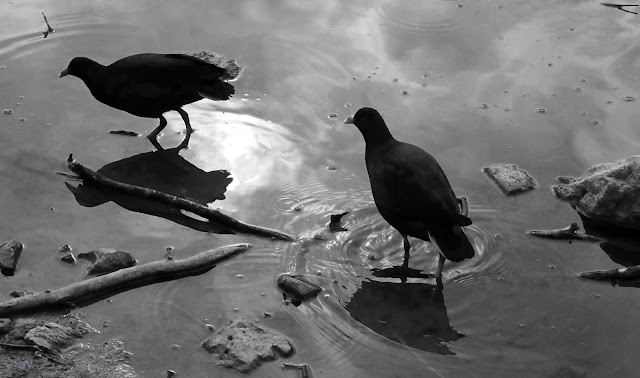 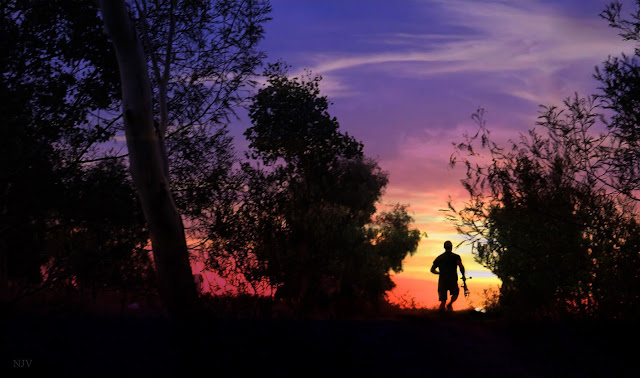 Gazania is a genus of flowering plants in the family Asteraceae, native to Southern Africa. They produce large, daisy-like composite flowers in brilliant shades of yellow and orange, over a long period in summer. They are often planted as drought-tolerant ground-cover. 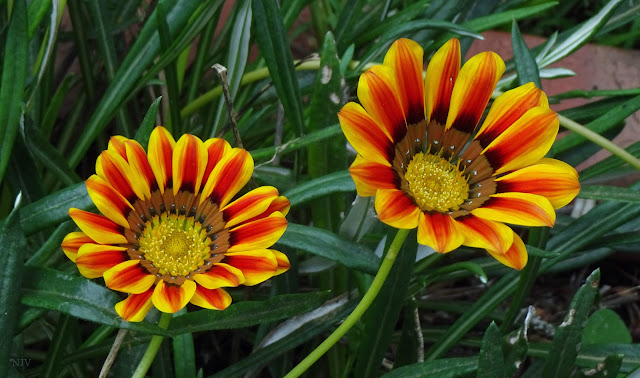 Posted by My Desktop Daily at 01:45 No comments:

Yarra Bend Park has been one of Melbourne’s largest expanses of inner suburban parkland for nearly 150 years. Yarra Bend Park and neighbouring Studley Park were reserved in 1877. Both park areas and several reserves were combined in 1929 to create one large park. The combined area became known as Yarra Bend National Park despite never being raised to formal national park status.

During the 1930’s additions included picnic and sporting grounds, toilet facilities and a public golf course. The Park provides a great open space for walking, bike riding, riverside cafes, golf, boating, BBQs, picnicking and a host of other leisure activities. Numerous winding paths provide plenty of opportunity for leisurely promenades in the natural serene surrounds of the park. 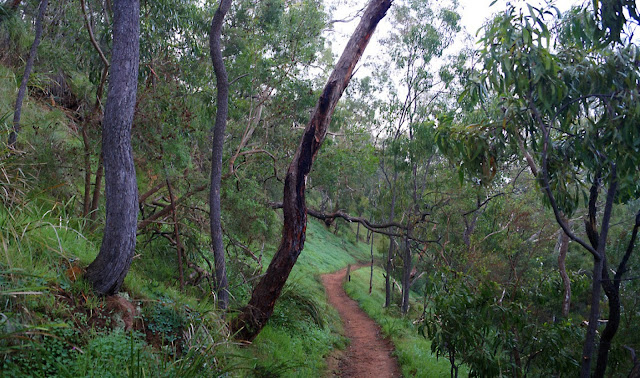 The Coromandel Peninsula on the North Island of New Zealand extends 85 kilometres north from the western end of the Bay of Plenty, forming a natural barrier to protect the Hauraki Gulf and the Firth of Thames in the west from the Pacific Ocean to the east. At its broadest point, it is 40 kilometres wide.

Almost the entire population lies on the narrow strips along the Hauraki Gulf and Bay of Plenty coasts. In fine weather the peninsula is clearly visible from Auckland, the country's biggest city, which lies on the far shore of the Hauraki Gulf, 55 kilometres to the west. The peninsula is part of the local government areas of Thames-Coromandel District and the Waikato Region. 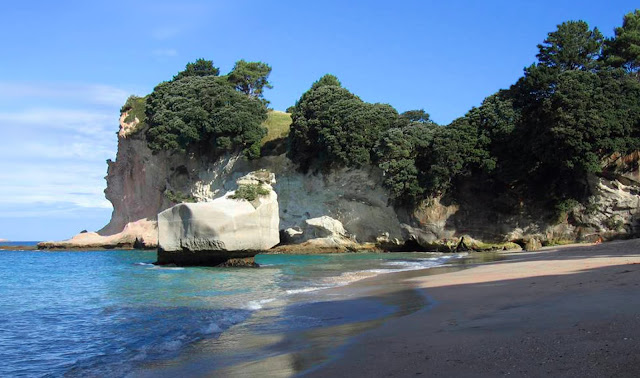 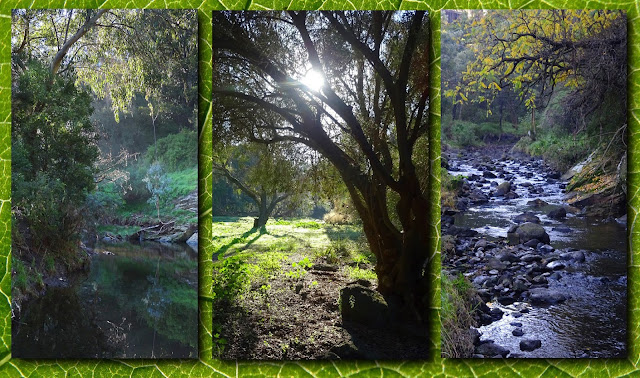 With water and air, and a smidgeon of micronutrients, up they sprout!

This post is part of the Weekend in Black and White,
and also part of the My Sunday Best meme. 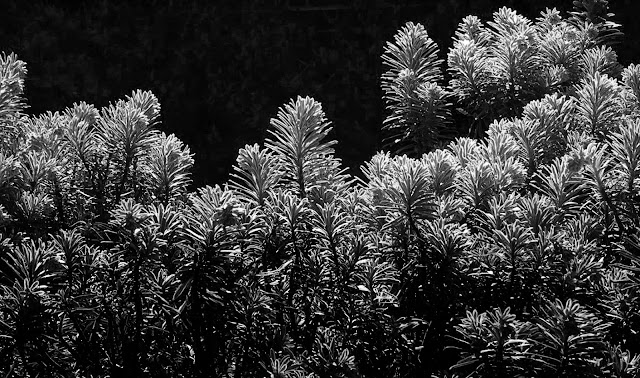 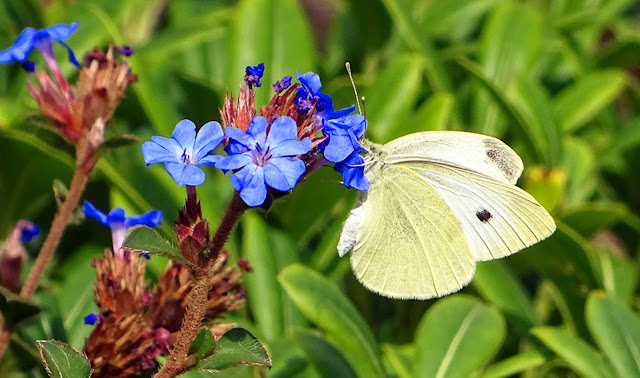 Fremantle is a city in Western Australia, located at the mouth of the Swan River. Fremantle Harbour serves as the port of Perth, the state capital. Fremantle was the first area settled by the Swan River colonists in 1829. It was declared a city in 1929, and has a population of approximately 25,000. The city is named after Captain Charles Howe Fremantle, the English naval officer who had pronounced possession of Western Australia and who established a camp at the site. The city contains well-preserved 19th-century buildings and other heritage features. The Western Australian vernacular diminutive for Fremantle is Freo. 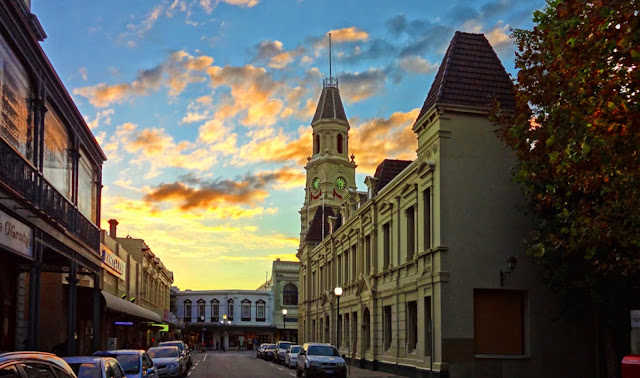 Phlox subulata 'Candy Stripe' (=Moss Phlox USDA Zone: 2-9) is a popular garden cultivar of phlox. There are many selections of Moss Phlox, all of them forming a low mound or cushion of dark green needle-like leaves, smothered by tiny flowers in late spring. This variety produces a showy display of rose-pink flowers, each petal striped with white. Clip plants lightly immediately after blooming to encourage a dense habit. Wonderful in the sunny rock garden, for edging, or in mixed containers. Clumps may be ripped apart and divided in early Autumn, after 3 to 4 years. Requires good drainage. Drought tolerant, once established. 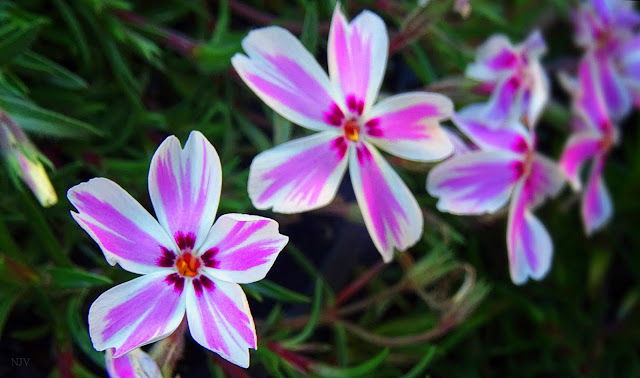 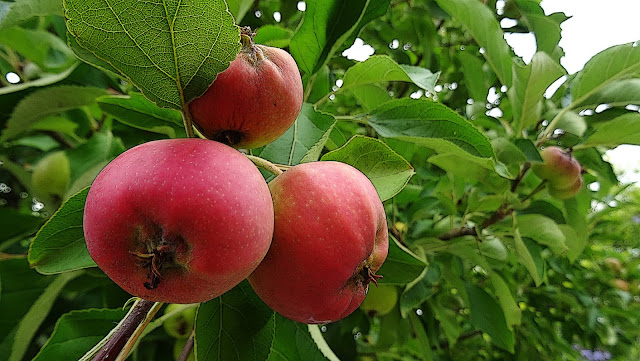 The Abu Simbel temples are two massive rock temples at Abu Simbel (أبو سمبل in Arabic), a village in Nubia, southern Egypt, near the border with Sudan. They are situated on the western bank of Lake Nasser, about 230 km southwest of Aswan (about 300 km by road).

The complex is part of the UNESCO World Heritage Site known as the "Nubian Monuments," which run from Abu Simbel downriver to Philae (near Aswan). The twin temples were originally carved out of the mountainside during the reign of Pharaoh Ramesses II in the 13th century BC, as a lasting monument to himself and his queen Nefertari, to commemorate his victory at the Battle of Kadesh.

Their huge external rock relief figures have become iconic. The complex was relocated in its entirety in 1968, on an artificial hill made from a domed structure, high above the Aswan High Dam reservoir. The relocation of the temples was necessary to prevent their being submerged during the creation of Lake Nasser, the massive artificial water reservoir formed after the building of the Aswan High Dam on the Nile River. 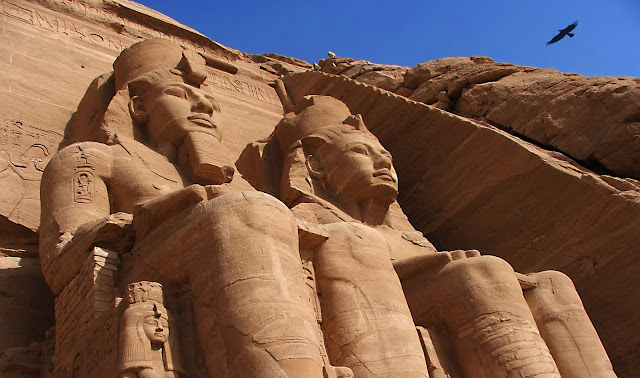 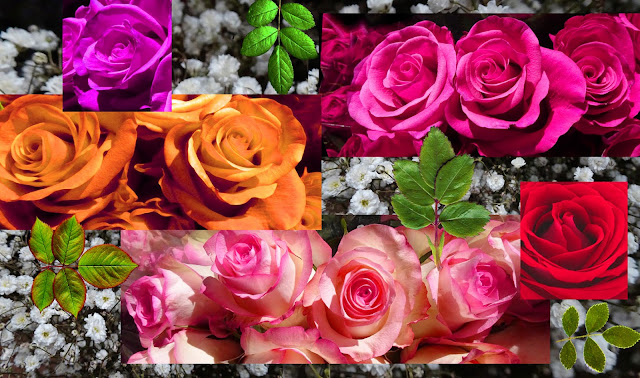 The Mullum Mullum Creek winds lazily through northeastern Melbourne, flowing from South to North and emptying into the Yarra River near Eltham South. Along its path there are many nature reserves where there are picnic facilities and also of course havens for the native flora and fauna.

Residents of the outer suburbs of Melbourne have ready access to many such waterways and reserves, which makes living in the big metropolis very attractive - all of the comforts and diversions of a big urban centre, but also the joys of country life all within a radius of a few tens of kilometres. This photo is taken in Deep Creek Reserve close to Warrandyte Rd. 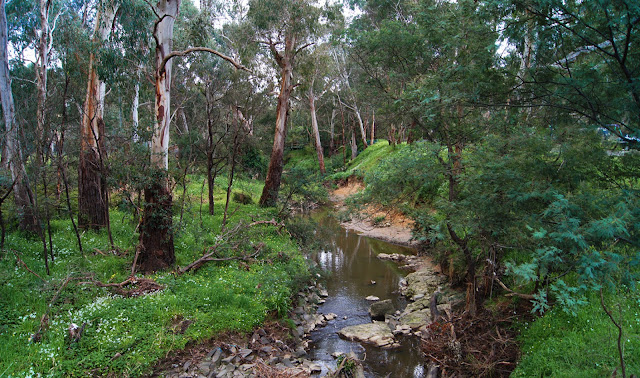 Posted by My Desktop Daily at 02:11 No comments:

This post is part of the Weekend Reflections meme,
and also part of the Saturday Critters meme. 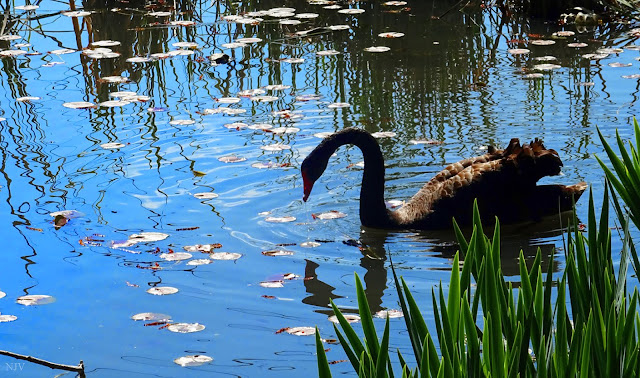 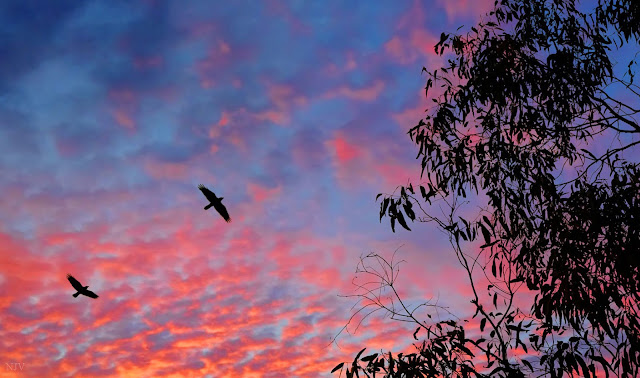 Chives is the common name of Allium schoenoprasum, the smallest species of the edible onion genus. A perennial plant, it is native to Europe, Asia and North America. A. schoenoprasum is the only species of Allium native to both the New and the Old Worlds. The name of the species derives from the Greek skhoínos (sedge) and práson (leek). Its English name, chives, derives from the French word cive, from cepa, the Latin word for onion.

Chives are a commonly used herb and can be found in grocery stores or grown in home gardens. In culinary use, the scapes and the unopened, immature flower buds are diced and used as an ingredient for fish, potatoes, soups, and other dishes. Chives have insect-repelling properties that can be used in gardens to control pests.

The flowers are pale purple, and star-shaped with six petals, 1–2 cm wide, and produced in a dense inflorescence of 10-30 together; before opening, the inflorescence is surrounded by a papery bract. The seeds are produced in a small three-valved capsule, maturing in summer. The herb flowers from April to May in the southern parts of its habitat zones and in June in the northern parts (November to February in the Southern Hemisphere). 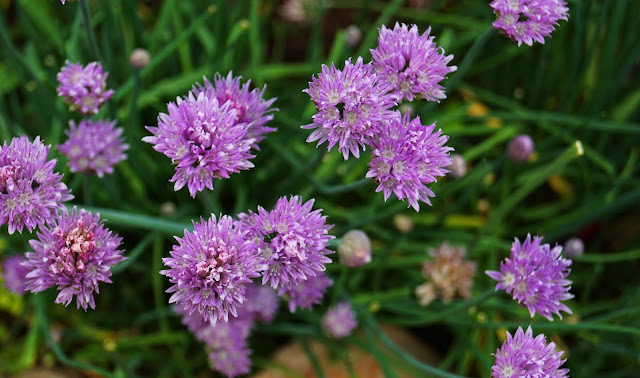 Posted by My Desktop Daily at 02:28 No comments:

Zantedeschia aethiopica (known as calla lily and arum lily) is a species in the family Araceae, native to southern Africa in Lesotho, South Africa, and Swaziland. It is a rhizomatous herbaceous perennial plant, evergreen where rainfall and temperatures are adequate, deciduous where there is a dry season. Its preferred habitat is in streams and ponds or on the banks. In some countries (e.g. New Zealand) it may be considered an introduced weed.

It grows to 0.6–1 m tall, with large clumps of broad, arrow shaped dark green leaves up to 45 cm long. The Inflorescences are large and are produced in spring, summer and autumn, with a pure white spathe up to 25 cm and a yellow spadix up to 90 mm long. Z. aethiopica contains calcium oxalate, and ingestion of the raw plant may cause a severe burning sensation and swelling of lips, tongue, and throat; stomach pain and diarrhoea may occur. 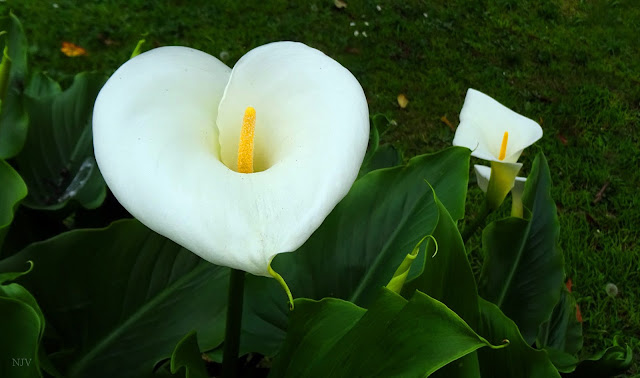 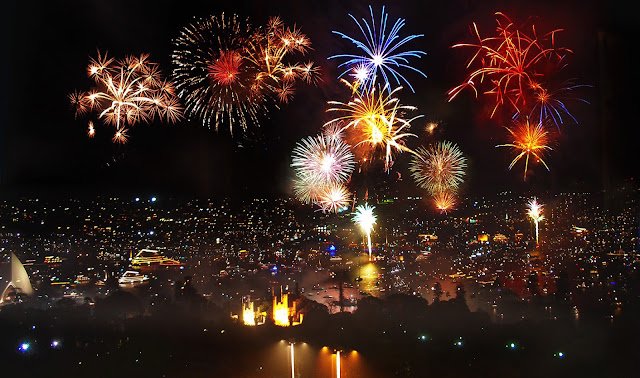 In the forest, looking closely. 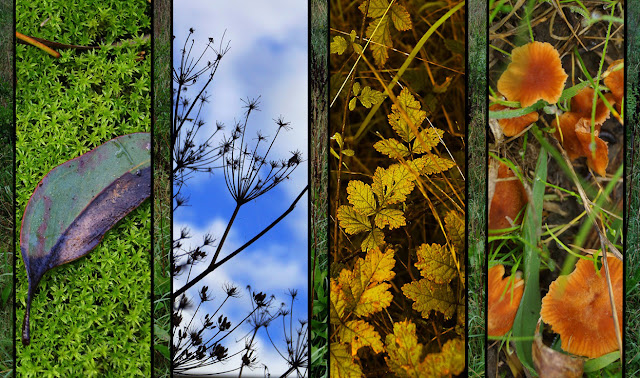 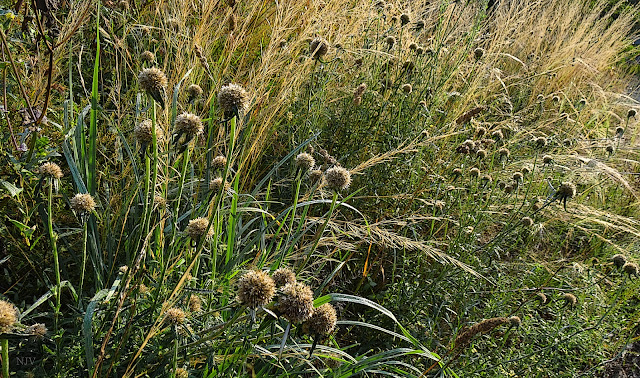 Walking the dogs on a fine Summer morning in the Parklands. Perfect! 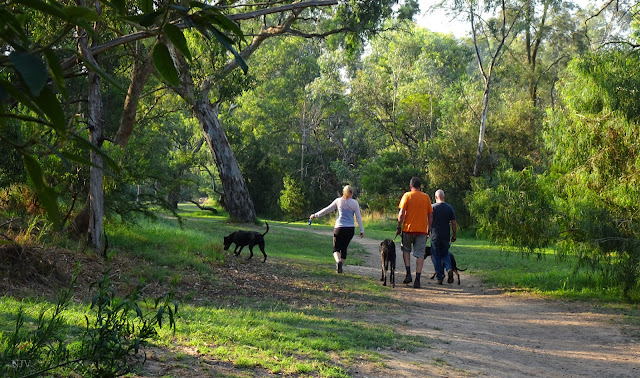 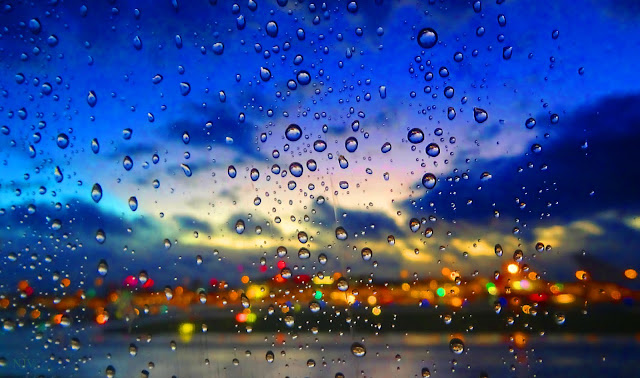 Lachenalia aloides (opal flower) is a species of flowering plant in the family Asparagaceae, native to the Western Cape of South Africa. It is a bulbous perennial growing to 15–28 cm  tall by 5 cm broad, with strap-shaped spotted leaves and fleshy stems bearing pendant tubular yellow flowers, red at the tips, in winter and spring. The Latin aloides literally means "aloe-like"; though L. aloides, despite its similarity, does not belong to the same family of plants as aloes.

Numerous cultivars have been bred for garden use. They require a sheltered, frost-free position or under glass. The following have gained the Royal Horticultural Society's Award of Garden Merit: L. aloides var. aurea and L. aloides var. quadricolor. Lachenalia look good planted at the front of beds and borders, in rockeries, along pathways or in pots.

Plant into well drained soil in a sunny position. They will tolerate some shade but flower better in sun. Plant 5-10cm deep and 10cm apart. Water in then keep just moist in growth. Add a little fertiliser when they begin to bloom and that is about all you will need to do. They are easy care bulbs that can be left in the ground to naturalise. Try combining Lachenalia with Muscari or Grape Hyacinths; they also grow well with early Daffodils or spring star flowers. 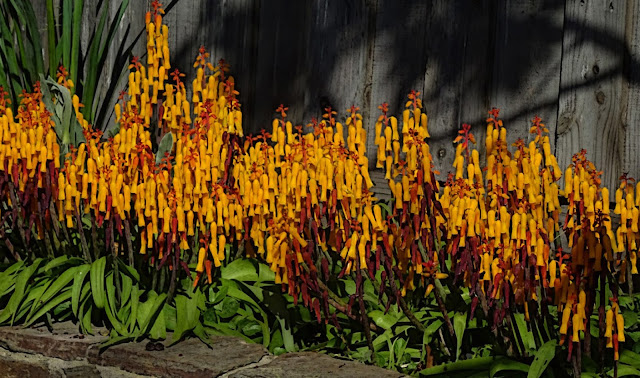 Posted by My Desktop Daily at 02:13 No comments: 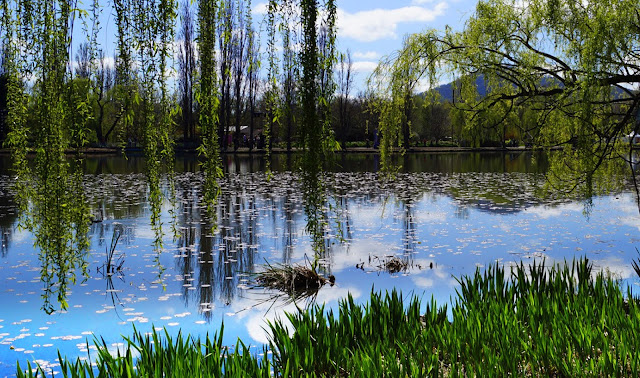 Kaysersberg is a commune in the Haut-Rhin department in Alsace in north-eastern France. The inhabitants are called Kaysersbergeois. The name means "Emperor's Mountain" in German. The high fortress that dominates the city serves as a reminder of both its strategic importance and its warlike past.

Kaysersberg is the birthplace of Albert Schweitzer (1875–1965), theologian, musician, philosopher, and physician. Together with the rest of Alsace-Lorraine, Kaysersberg was part of Germany during the period between the Franco-Prussian War and the First World War.

Kaysersberg is one of the finest wine growing areas in Alsace. The first vines were brought here in the 16th century from Hungary, and wine production is still an important aspect of the town’s economy today. Wine produced from the Pinot gris variety is a local specialty. 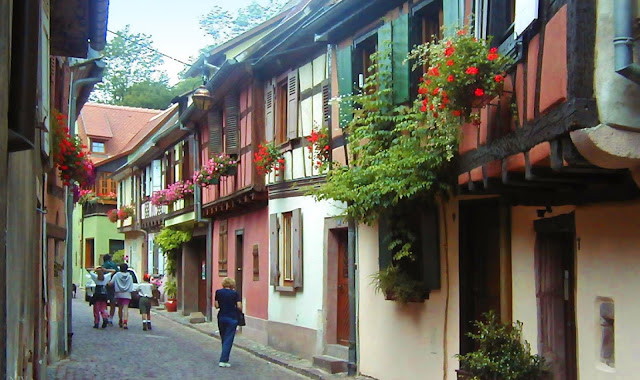 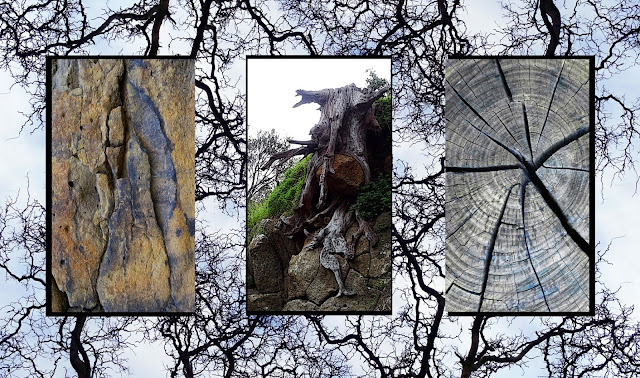 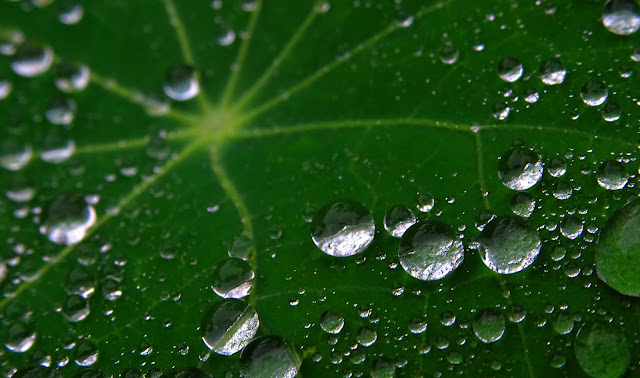 Posted by My Desktop Daily at 02:40 No comments:

The eastern rosella (Platycercus eximius) is a rosella native to southeast of the Australian continent and to Tasmania. It has been introduced to New Zealand where feral populations are found in the North Island (notably in the northern half of the island and in the Hutt Valley) and in the hills around Dunedin in the South Island.

The eastern rosella is 30 cm long. It has a red head and white cheeks. The beak is white and the irises are brown. The upper breast is red and the lower breast is yellow fading to pale green over the abdomen. The feathers of the back and shoulders are black, and have yellowish or greenish margins giving rise to a scalloped appearance that varies slightly between the subspecies and the sexes. The wings and lateral tail feathers are bluish while the tail is dark green. The legs are grey. The female is similar to the male though duller in colouration and has an underwing stripe, which is not present in the adult male. Juveniles are duller than females and have an underwing stripe.

The diet of eastern rosellas mainly consists of fruit, seeds, flowers and insects. The natural range of the eastern rosella is eastern Australia, down to Tasmania. The species is found in lightly wooded country, open forests, woodlands, gardens, bushlands and parks. Eastern rosellas usually breed in spring but if needed summer as well. They can have 2-9 eggs. In the wild their breeding hollow is 1m deep and 30m high up a tree. The sign the eastern rosella mostly shows that they would be breeding is that they give food to each other. 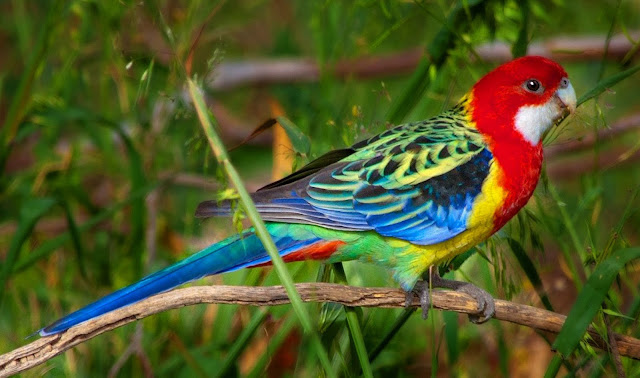