The Outback is the vast, remote, arid area of Australia; the term colloquially can refer to any land outside the main urban areas. The term "the outback" is generally used to refer to locations that are comparatively more remote than those areas named "the bush". The skies tend to be blue and the soil red in these outback locations and the photo below shows a particularly lush part of "the bush" as relatively much vegetation can be seen. 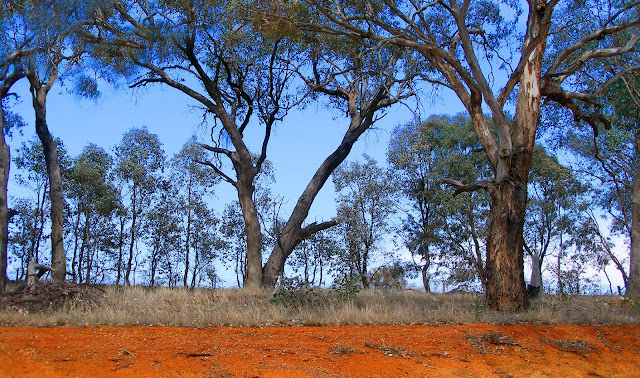