Celosia cristata is a member of the Amaranthaceae family, and is commonly known as cockscomb, since the flower looks like the head on a rooster (cock). It is called Chi Kuan in China. The plants are hardy and resistant to most diseases, and grow equally well indoors or out, though the perfect place is one with no shade and a well drained soil, as the plant is susceptible to fungal diseases. The plant is used frequently as an ornamental plant indoors. Their leaves and flowers can be used as vegetables. They are often grown as foods in India, Western Africa, and South America.
They are annual plants of tropical origin and are herbaceous meaning they lack a woody stem. They grow well in both humid and arid conditions, and their flowers can last for up to 8 weeks. A high number of seeds can be produced by each flower, up to 1,500 per gram. The plant often grows up to 30 cm in height, though many are smaller. The leaves are either green or bronze/maroon, depending upon the cultivar. The flower can be broken into three parts: their spikes, plumes and crests vary from one another but have standard commonalities—they are usually brightly coloured, usually red, yellow, pink, or orange, though other colours can be present. In some instances, a variety of colours are present in hybrids.

The plants are hardy and can be grown easily from the seeds. Since the plants are of tropic origin, they thrive in areas with tropical climate. However, they can also be grown in summer months in the colder climate. The plants being annual plants, grow for only about one fourth of a year. A soil temperature of about 16 °C is ideal for growth. The plants are relatively easy to grow and care for, having few insects that feed on them. Mites, though, are known to feed on the plants. The plants are also susceptible to leaf spotting, root rot and root strangulation. However the former two can be prevented by avoiding a damp soil and the latter by frequent weeding. Also wetting the leaf and flowers should be avoided as they can lead to fungal diseases.
This post is part of the Floral Friday Fotos meme. 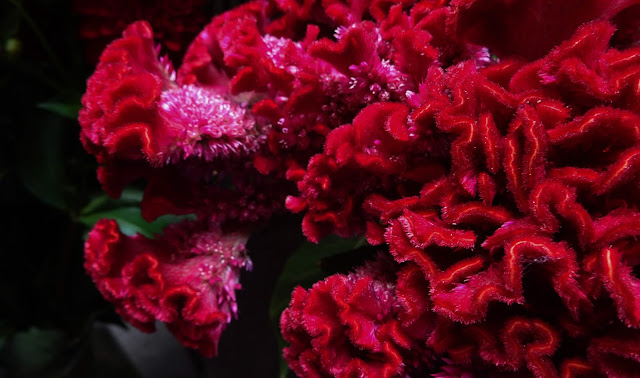