Borage (Borago officinalis), also known as a starflower, is an annual herb. It is native to the Mediterranean region and has naturalised in many other locales. It grows satisfactorily in gardens in Australia, remaining in the garden from year to year by self-seeding. The leaves are edible and the plant is grown in gardens for that purpose in some parts of Europe. The plant is also commercially cultivated for borage seed oil extracted from its seeds.

Vegetable use of borage is common in Germany, in the Spanish regions of Aragón and Navarra, in the Greek island of Crete and in the northern Italian region of Liguria. Although often used in soups, one of the better known German borage recipes is the Green Sauce (Grüne Soße) made in Frankfurt. In Italian Liguria, borage is commonly used as a filling of the traditional pasta ravioli and pansoti.

The leaves and flowers were originally used in Pimms before being replaced by mint or cucumber peel. It is used to flavour pickled gherkins in Poland. It is also one of the key "botanical" flavourings in Gilpin's Westmorland Extra Dry Gin. In Iran people make tea for the relief of colds, flu, bronchitis, rheumatoid arthritis and kidney inflammations. People with heart problems can benefit using the borage tea in moderate amounts. 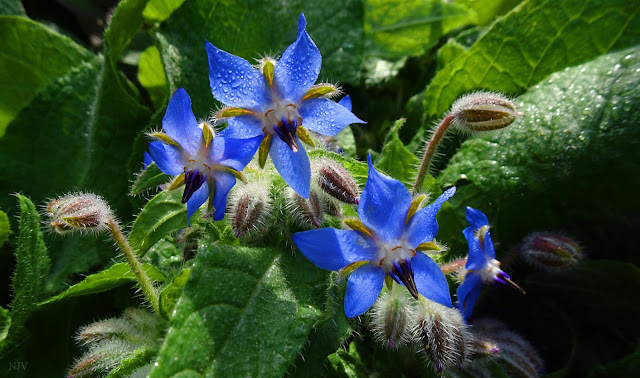 Posted by My Desktop Daily at 03:03 No comments:

Southern Hemisphere Autumn is here and when the sun shines, the red leaves shine too. 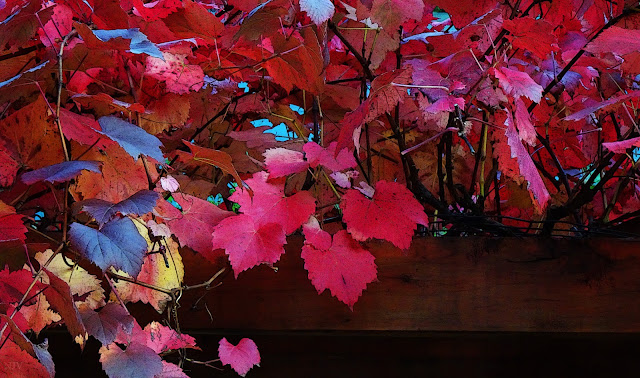 Symi island belongs to the Dodecanese islands complex and lies 24 nautical miles NW of Rhodes and 255 nautical miles from the port of Piraeus. The highest point is Mountain Vigla at 616 metres. The island is very close to the coast of Asia Minor, just 5 miles from Alopos in Turkey. It is not a very big island, only 67 square kilometres. The majority of the land is covered in rocks. Two settlements form the town of Symi: Chorio (Village) and Yalos ( Harbour). Pedi, found in the bay of the same name and Nimporios in the bay of the same name, have a few inhabitants. There is also a big monastery complex, Panormitis, where around 30 people live and take care of the monastery. 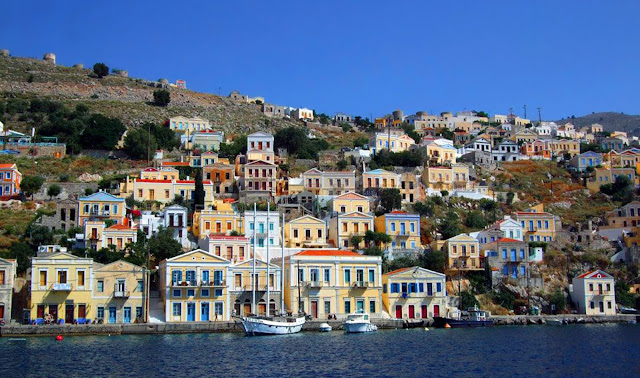 Dipping into the archives and reconstructing the current season. I wish this COVID thing will go away soon! 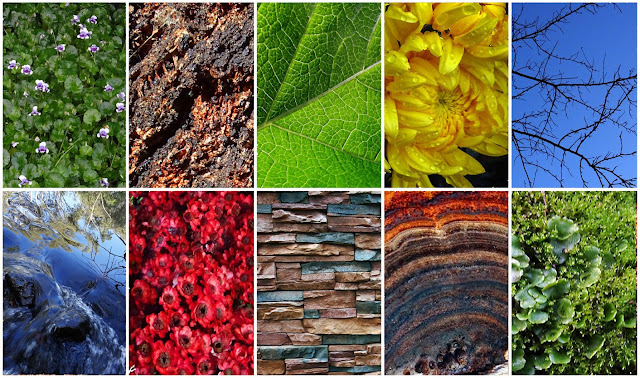 A road safety mirror at the end of Collins Street in Melbourne City. Seems like a looking glass portal to another dimension... 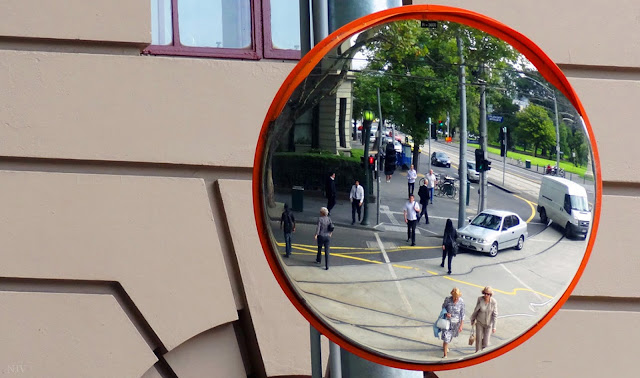 I spotted this bug promenading on our spinach in the garden and I think it is a Powderpost beetle (Lyctus brunneus). The Powderpost Beetle is a pest beetle attacking the sapwood of hardwood tress such as Oak, Elm, Ash and Eucalypt. Softwoods are not attacked. The heartwood of hardwoods is not infested. Most attacks take place in logs or sawn timber drying at the sawmill. I have been doing some timber work in the yard and I hope I haven't brought them into the garden with the timber I was using... 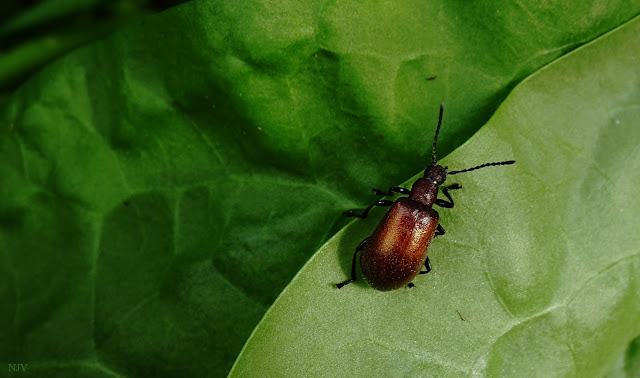 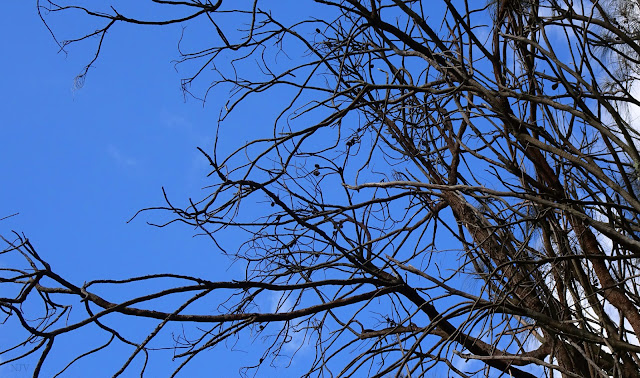 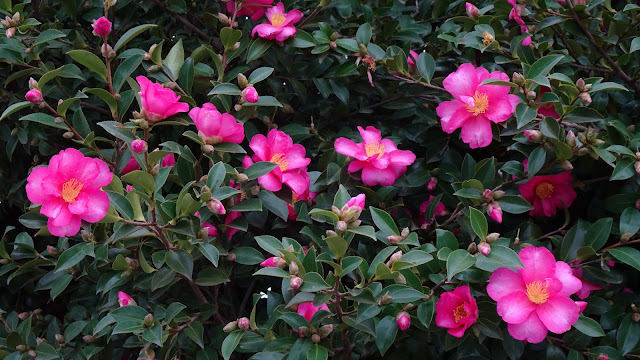 Posted by My Desktop Daily at 03:41 No comments: 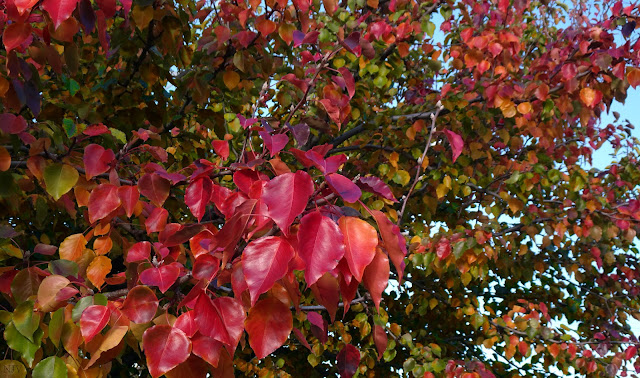 Manchester is a city and metropolitan borough in Greater Manchester, England, with a population of 514,414 as of 2013. It lies within the United Kingdom's second-most populous urban area, with a population of 2.55 million. Manchester is fringed by the Cheshire Plain to the south, the Pennines to the north and east and an arc of towns with which it forms a continuous conurbation. The local authority is Manchester City Council.

The recorded history of Manchester began with the civilian settlement associated with the Roman fort of Mamucium or Mancunium, which was established in about AD 79 on a sandstone bluff near the confluence of the rivers Medlock and Irwell. It was historically a part of Lancashire, although areas of Cheshire south of the River Mersey were incorporated in the 20th century. Throughout the Middle Ages Manchester remained a manorial township but began to expand "at an astonishing rate" around the turn of the 19th century. Manchester's unplanned urbanisation was brought on by a boom in textile manufacture during the Industrial Revolution, and resulted in it becoming the world's first industrialised city.

Manchester achieved city status in 1853. The Manchester Ship Canal opened in 1894, creating the Port of Manchester and linking the city to sea, 36 miles (58 km) to the west. Its fortunes declined after the Second World War, owing to deindustrialisation, but the IRA bombing in 1996 led to extensive investment and regeneration. In 2014, the Globalisation and World Cities Research Network ranked Manchester as a beta world city, the highest-ranked British city apart from London. Manchester is the third-most visited city in the UK. It is notable for its architecture, culture, musical exports, media links, scientific and engineering output, social impact, sports clubs and transport connections.

The Manchester Town Hall, shown below, is a Victorian, Neo-gothic municipal building and is the ceremonial headquarters of Manchester City Council, housing a number of local government departments. The building faces Albert Square to the north, featuring the Albert Memorial and St Peter's Square to the south, home to The Cenotaph. Designed by architect Alfred Waterhouse, the town hall was completed in 1877. The building contains offices and grand ceremonial rooms such as the Great Hall which is decorated with Ford Madox Brown's imposing Manchester Murals illustrating the history of the city. The town hall, which was granted Grade I listed building status on 25 February 1952, is regarded as one of the finest interpretations of Gothic revival architecture in the world. 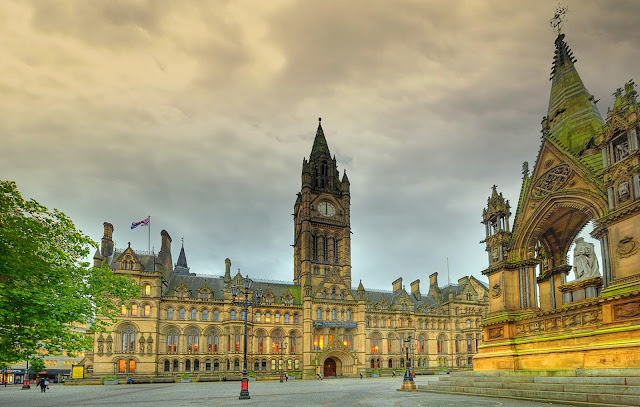 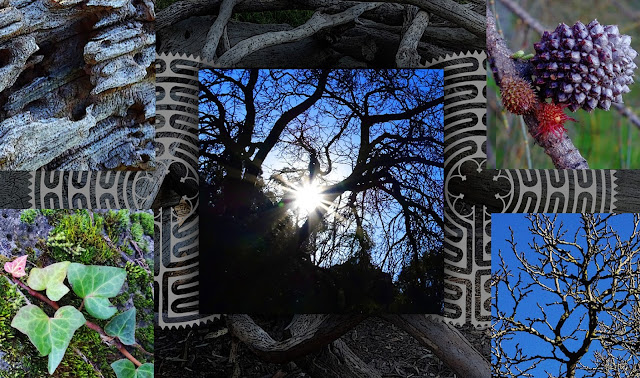 The mural below is found in Normanby Avenue, (corner of St Georges Rd), Thornbury, Melbourne. It is by Hayden Dewar. 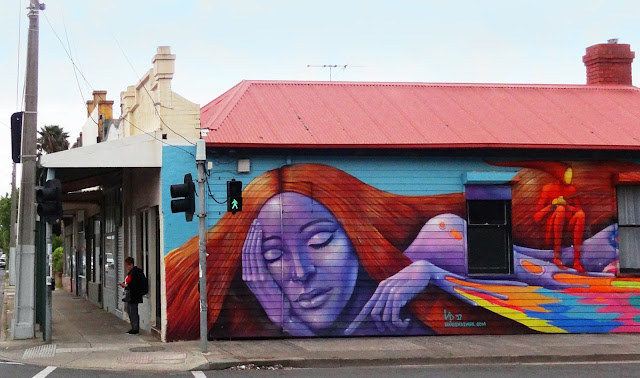 Posted by My Desktop Daily at 04:04 No comments:

This post is part of the Weekend in Black and White meme,
and also part of the Saturday Critters meme. 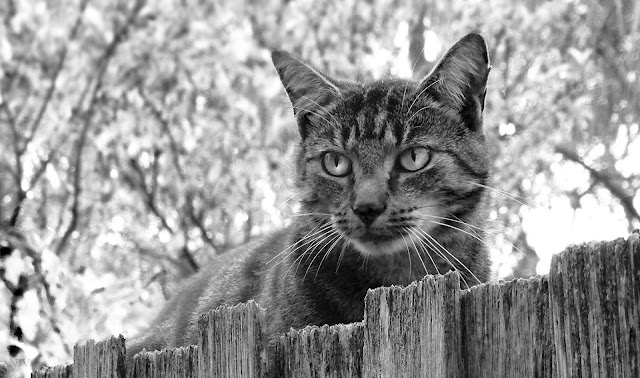 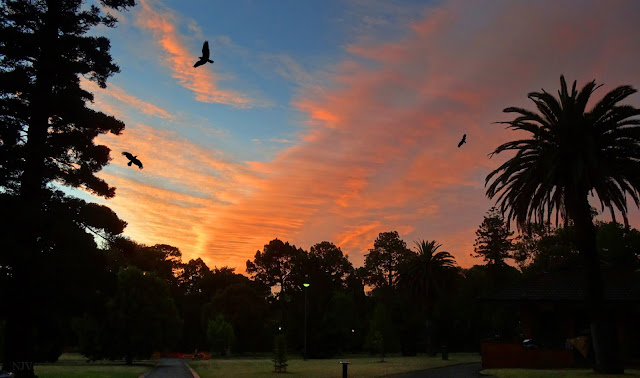 Dichorisandra thyrsiflora or Blue Ginger is a tropical plant which resembles ginger in growth and habit, but is actually related to the spiderworts (the genus Tradescantia). The plant is native to the tropical woodlands of North, Central and South America, specially in Atlantic Forest vegetation in Brazil. Of the family Commelinaceae, they are cultivated for their handsome spotted stems, large shiny foliage which is held horizontally, surmounted by striking blue flowers.

The plant was first described by the naturalist Johann Christian Mikan in 1823. It was first grown in England in 1822, and is recorded from Sir William MacArthur's catalogue in 1857 of plants he grew in Camden southwest of Sydney. It has become naturalised in a small region of northeastern New South Wales in Australia. It is best grown in partial shade, sheltered from hot afternoon sun in summer and protected from strong winds that can damage the tall stems. It generally blooms in autumn.

The beautiful clustered flower heads are vibrant purple-blue and appear atop of spiralled, ginger-like stems of leaves, which often have purplish undersides. It needs fertile soil and reasonable moisture in the warmer months. It is very frost sensitive. It is best to cut the stems back after flowering. It is propagated by division or root or stem cuttings. 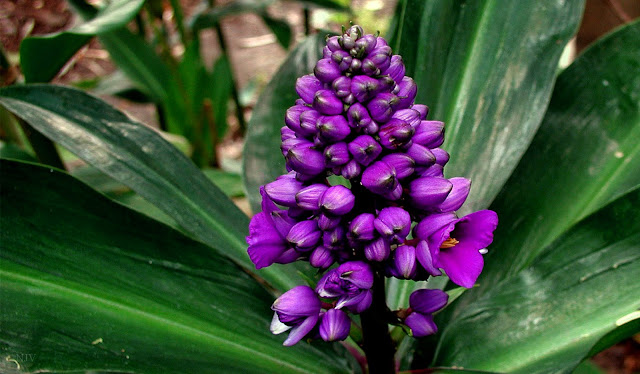 Posted by My Desktop Daily at 02:55 No comments: 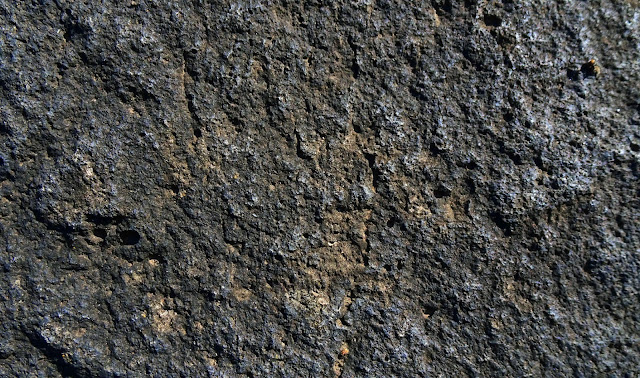 The Alhambra (Arabic: الْحَمْرَاء‎‎  Al-Ḥamrā, lit. "The Red One"), the complete Arabic form of which was Qalat Al-Hamra, is a palace and fortress complex located in Granada, Andalusia, Spain. It was originally constructed as a small fortress in AD 889 on the remains of Roman fortifications and then largely ignored until its ruins were renovated and rebuilt in the mid-13th century by the Moorish emir Mohammed ben Al-Ahmar of the Emirate of Granada, who built its current palace and walls. 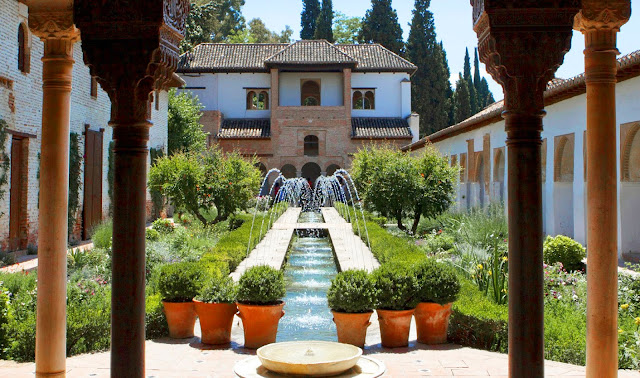 Now more than ever is a time, during home isolation, to trawl through the archives and put to use old images. COVID will pass, we shall recover, and we shall rediscover the world with fresh eyes. 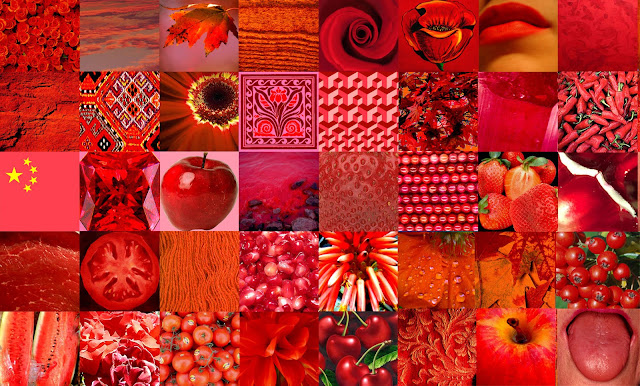 This post is part of the My Sunday Best meme, 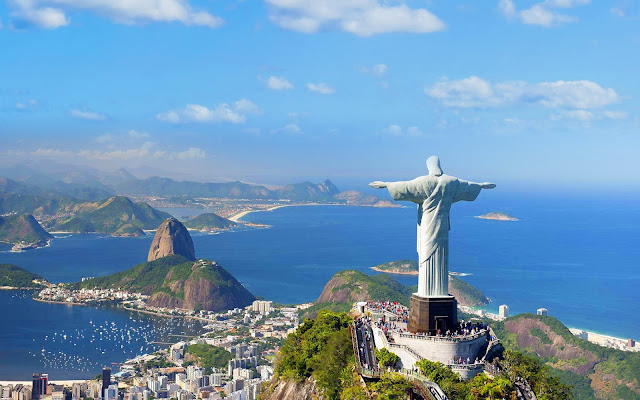 Posted by My Desktop Daily at 03:06 No comments: 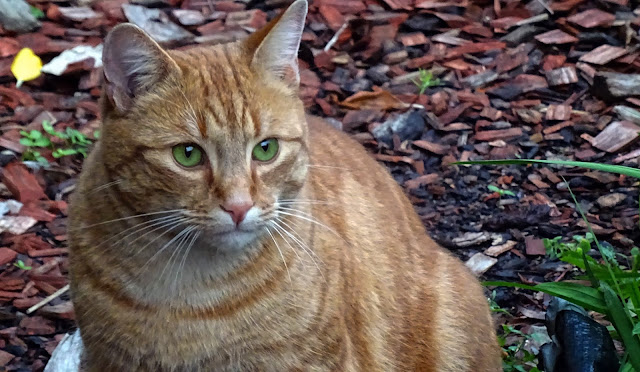 A change of weather approaching. 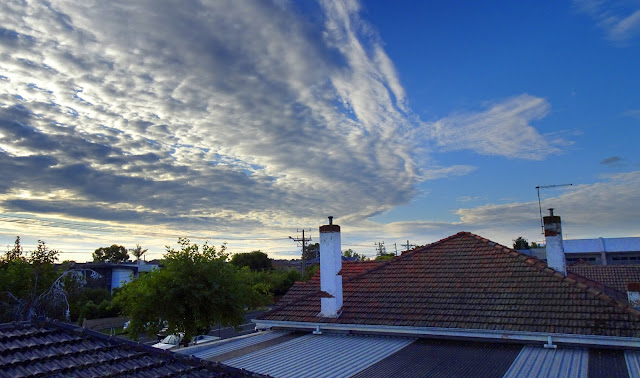 Posted by My Desktop Daily at 03:26 No comments:

Peonies are sumptuous flowers that lend themselves to quite spectacular displays in arrangements, especially if complemented by other exotic blooms like orchids. We haven't had much success in growing peonies in our garden, but bouquets are available at florist shops, so we enjoy them when in season. 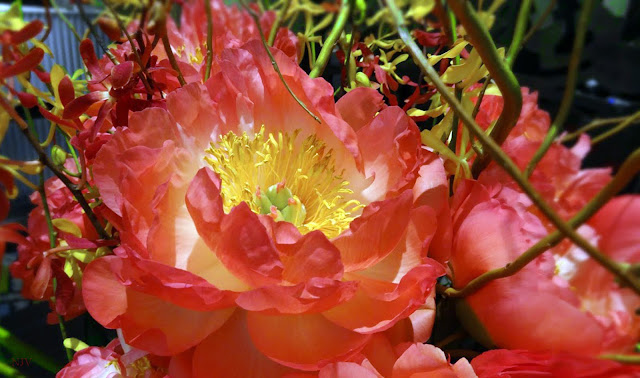 Centaurea gymnocarpa has striking leaves of a silver-grey colour that are beautiful to set against plants with dark green leaves. An added bonus are the purple flowers that resemble cornflowers. 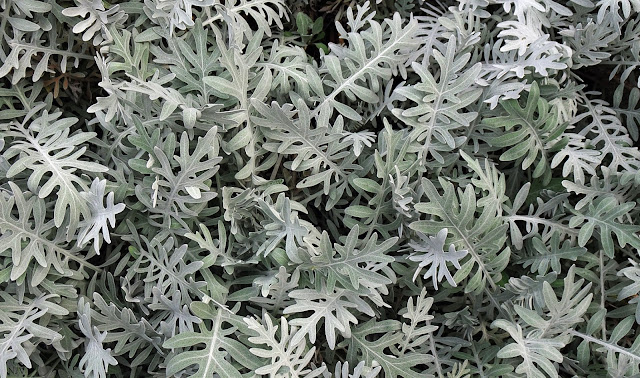 Kiama is a township 120 kilometres south of Sydney in the Illawarra, New South Wales, Australia in the Municipality of Kiama. At the 2011 census, Kiama had a population of 12,817 people. One of the main tourist attractions is the Kiama Blowhole. The seaside town features several popular surfing beaches, caravan parks and numerous alfresco cafes and restaurants. Its proximity to the south of Sydney makes it an attractive destination for a large number of day trippers.

The Kiama area includes many attractions, being situated on the coast south of the Minnamurra River, and to the west lie the foothills of Saddleback Mountain and the smaller less discernible peak of Mount Brandon. Also to the west is the town of Jamberoo with pasture-land in between, which contains many historic buildings and dry stone walls. Also of note is Seven Mile Beach to the south, a protected reserve. Kiama has several well-known surfing beaches, including Surf Beach, 'Mystics' and Boyds' Beach, as well as other more protected swimming beaches situated in coves between headlands such as Black Beach, Easts Beach and Kendalls Beach. Kiama Harbour forms one of several coves between headlands. 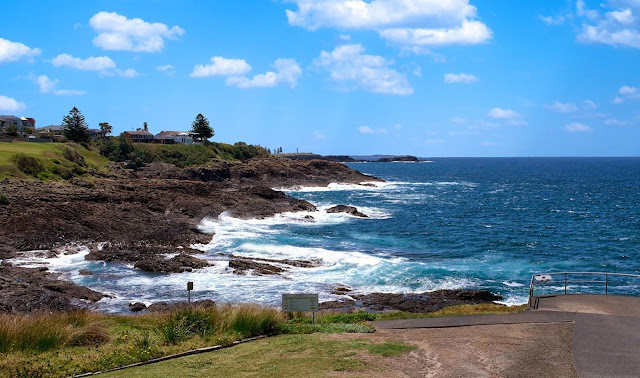 Taking photos of an oil colour copy of the painting "The Kiss" by Klimt, I digitally reconstructed the photographic images to come up with this mosaic. I recently read an excellent book on this artist and I am appreciating his works more and more now. 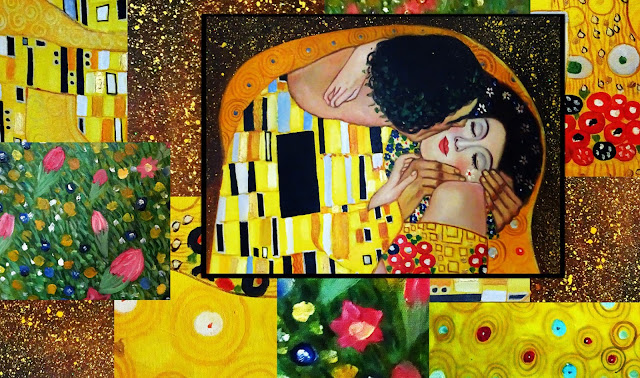 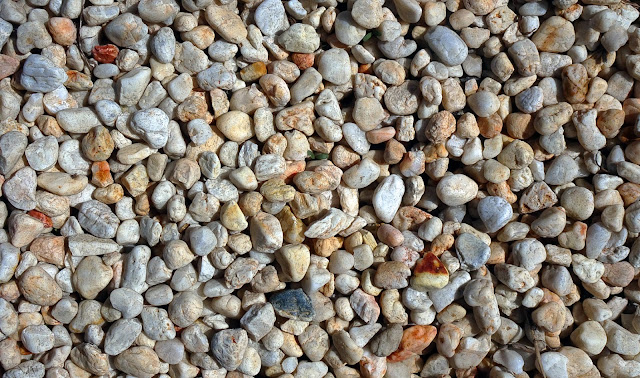 Posted by My Desktop Daily at 03:23 No comments: 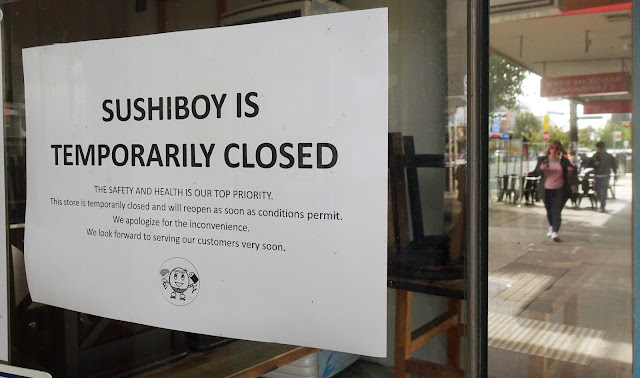 Posted by My Desktop Daily at 02:19 No comments: 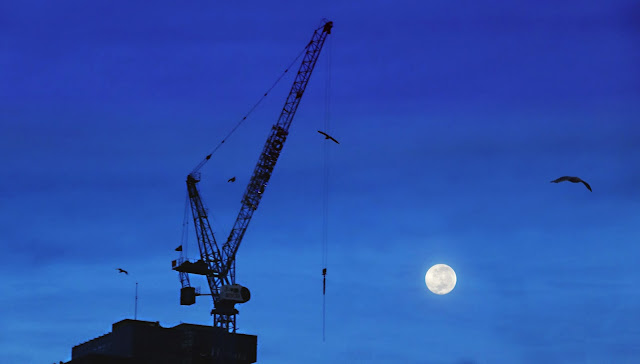 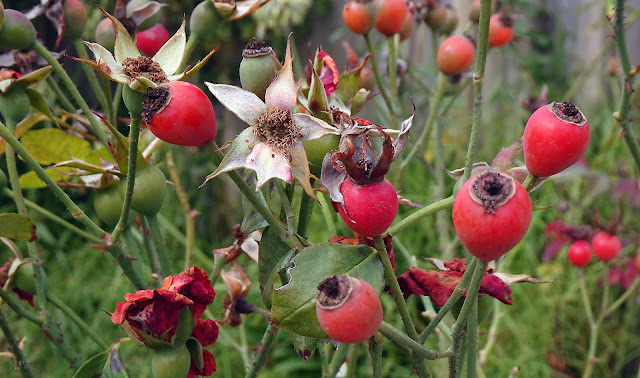 Posted by My Desktop Daily at 02:25 No comments:

April is the middle month of Southern Hemisphere Autumn, equivalent to October of the Northern Autumn. Our weather has been very unstable and variable lately, so it's no surprise that nature played an April Fool's joke on us and the Callery pear tree decided to bloom instead of shedding its leaves! 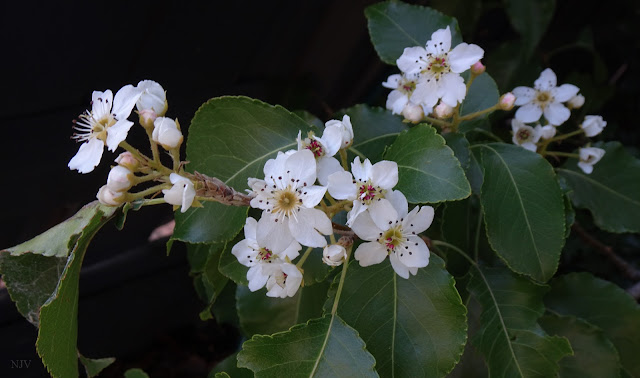