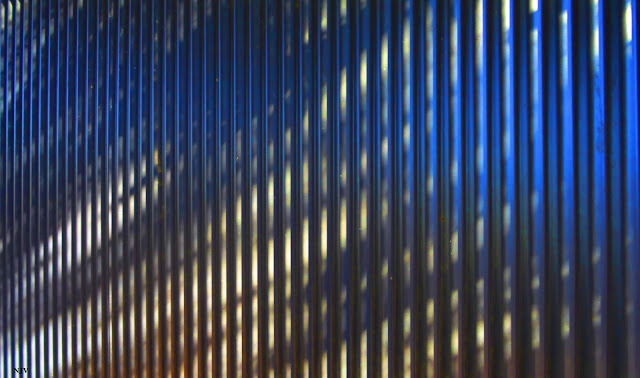 Detail of an Ancient Greek bas relief sculpture from the Athens Archaeological Museum. 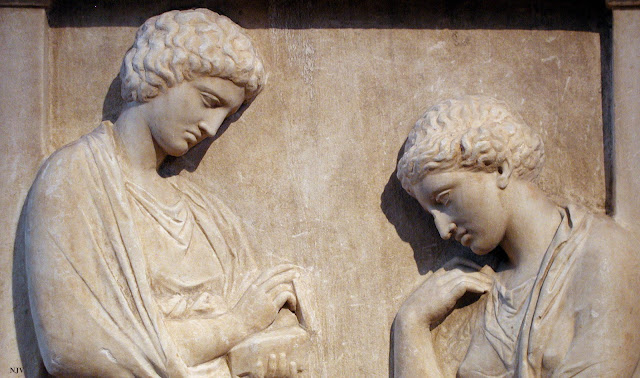 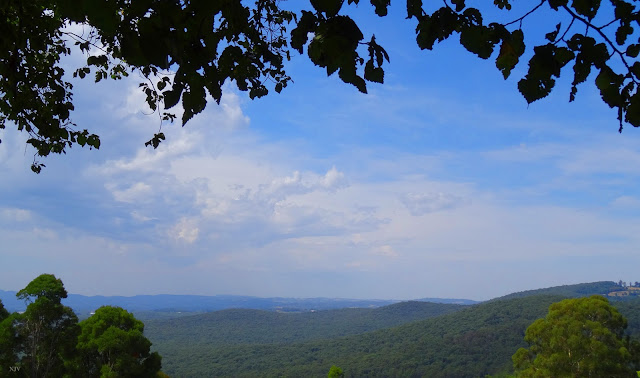 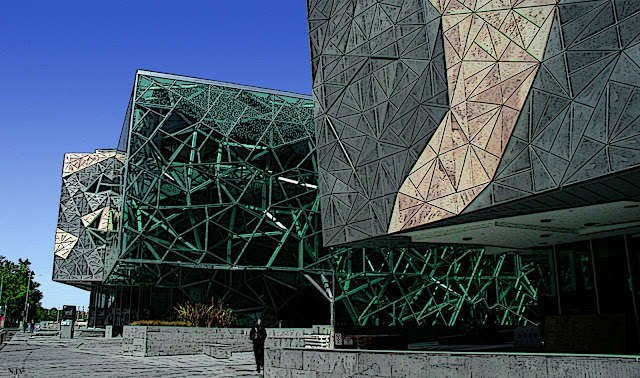 Posted by My Desktop Daily at 03:20 No comments:

Gypsophila is a genus of flowering plants in the carnation family, Caryophyllaceae. They are native to Eurasia, Africa, Australia, and the Pacific Islands. Turkey has a particularly high diversity of Gypsophila taxa, with aout 35 endemic species. Some Gypsophila are introduced species in other regions. The genus name is from the Greek gypsos ("gypsum") and philios ("loving"), a reference to the gypsum-rich substrates on which some species grow.] Plants of the genus are known commonly as baby's-breath, a name which also refers specifically to the well known ornamental species Gypsophila paniculata seen below. 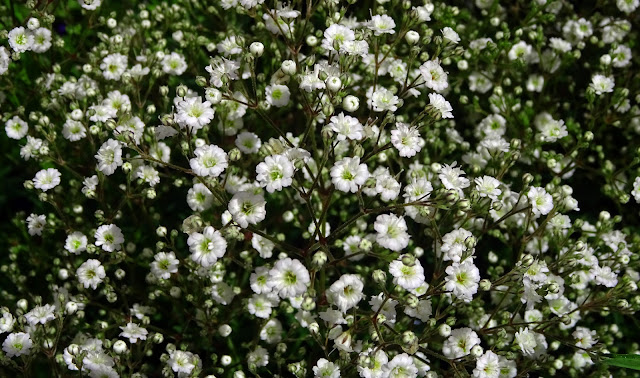 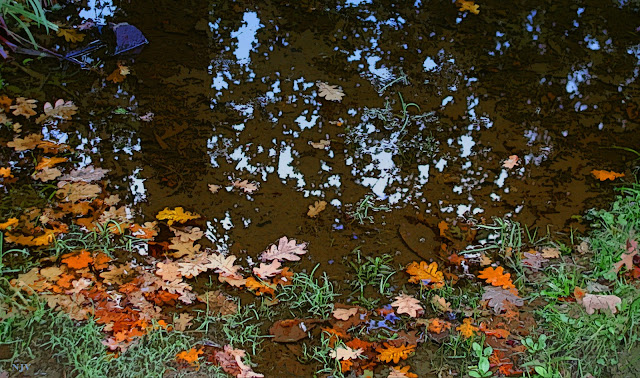 Hawa Mahal ("Palace of Winds" or "Palace of the Breeze"), is a palace in Jaipur, India. Built of red and pink sandstone, the palace forms a part of the City Palace, and extends to the zenana, or women's chambers. It was built in 1799 by Maharaja Sawai Pratap Singh, and designed by Lal Chand Ustad in the form of the crown of Krishna, the Hindu god. Its unique five-storey exterior is also akin to the honeycomb of the beehive with its 953 small windows called jharokhas that are decorated with intricate latticework. The original intention of the lattice was to allow royal ladies to observe everyday life in the street below without being seen, since they had to observe strict "purdah" (face cover). Besides this, the lattice also provides cool air caused by the Venturi effect (doctor breeze) through the intricate pattern and thereby air conditioning the whole area during the high temperatures in summers. 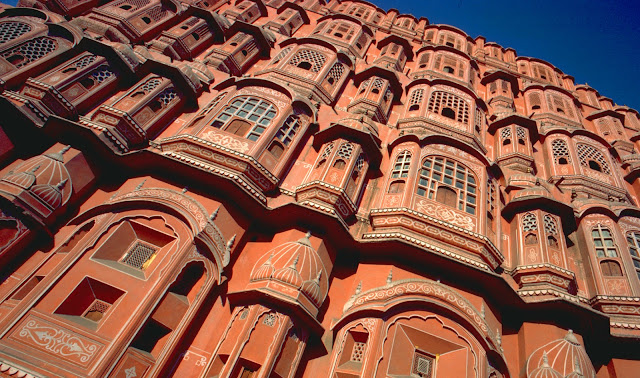 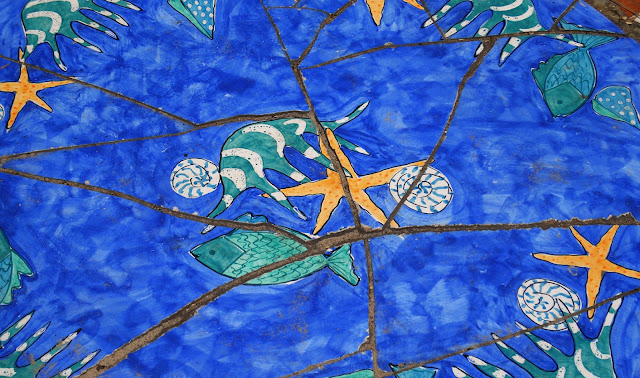 The harbour was built in 1919 when a 300-metre breakwater was constructed to provide an anchorage for fishing vessels. South Jetty was immediately adjacent and included a fish market which was removed in 1929. A southern breakwater was constructed in 1962 and land reclaimed to house fishing companies and service industries. Between 1969 and 1972, up to 120 fishing boats were housed in the harbour and in 1982, construction of a boat lifting facility commenced. 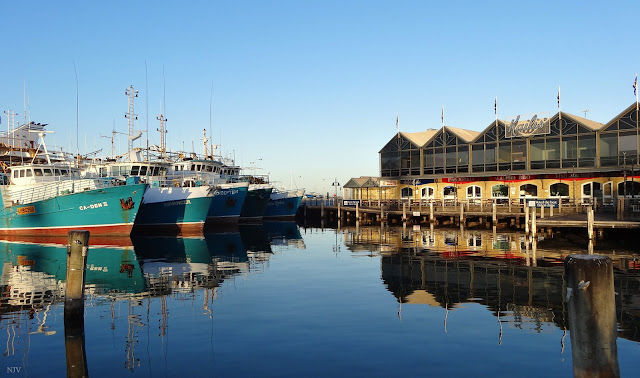 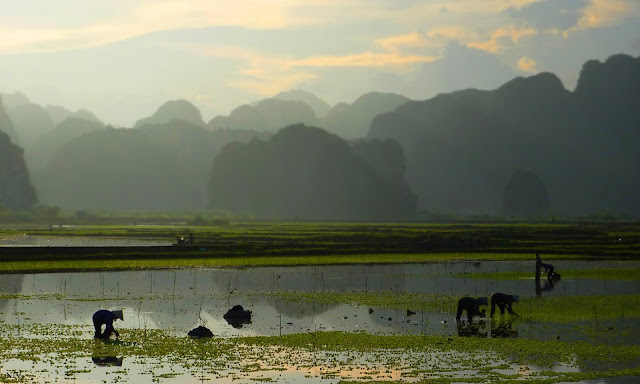 A graphic image I composed, inspired by an article I read on radioactivity. Think of it as atoms breaking apart, splitting, and releasing energy :-) 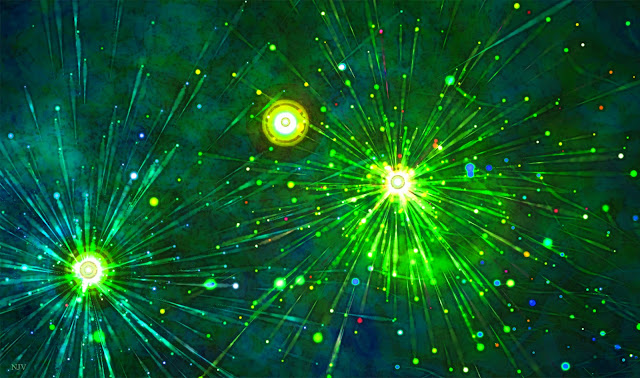 Echeveria is a large genus of flowering plants in the Crassulaceae family, native to semi-desert areas of Central America, Mexico and northwestern South America. The genus is named after the 18th century Mexican botanical artist Atanasio Echeverría y Godoy.

Plants may be evergreen or deciduous. Flowers on short stalks (cymes) arise from compact rosettes of succulent fleshy, often brightly coloured leaves. Species are polycarpic, meaning that they may flower and set seed many times over the course of their lifetimes. Often numerous offsets are produced, and are commonly known as "hen and chicks", which can also refer to other genera, such as Sempervivum, that are significantly different from Echeveria.

Many Echeveria species are popular as ornamental garden plants. They are drought-resistant, although they do better with regular deep watering and fertilising. Most will tolerate shade and some frost, although hybrids tend to be less tolerant. Most lose their lower leaves in winter; as a result, after a few years, the plants lose their attractive, compact appearance and need to be re-rooted or propagated. In addition, if not removed, the shed leaves may decay, harbouring fungus that can then infect the plant. They can be propagated easily by separating offsets, but also by leaf cuttings, and by seed if they are not hybrids. 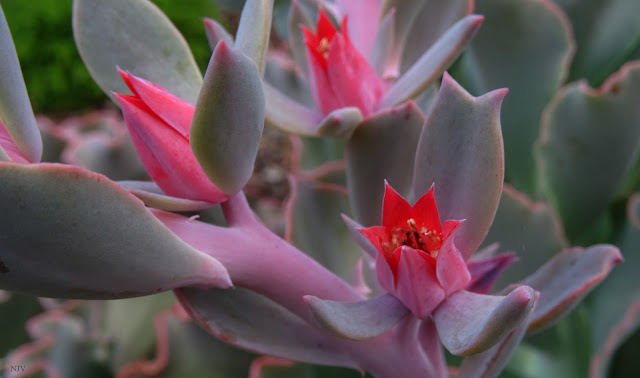 Posted by My Desktop Daily at 02:31 No comments: 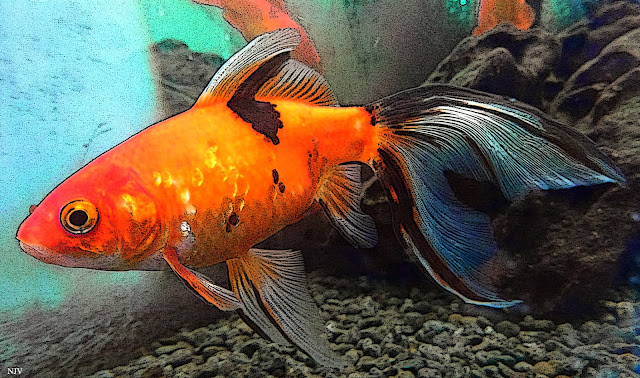 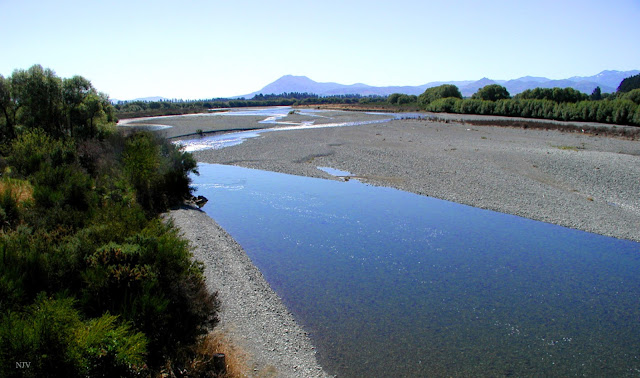 This is an image I created using a fractal generator and a kaleidoscope filter.

This post is part of the Monday Mellow Yellows meme,
and also part of the Blue Monday meme. 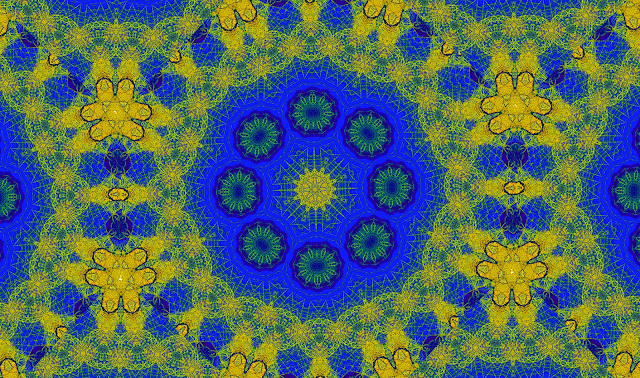 Roses are red,
Violets are blue,
But woke up to find
A new colour: it’s you...
by Guillem Balague (@GuillemBalague) 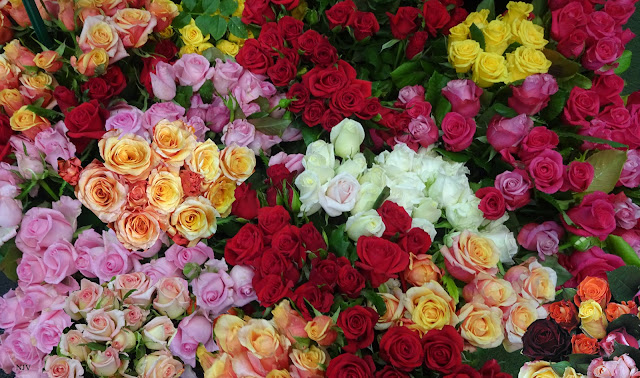 Posted by My Desktop Daily at 03:05 No comments: 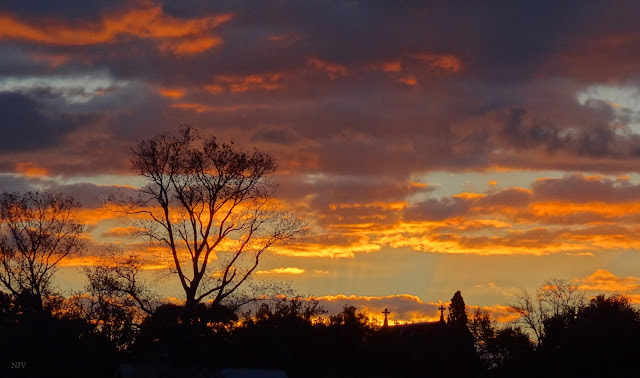 White Cedar whose scientific name is Melia azedarach (L.), is also commonly known as Persian Lilac, Chinaberry and Umbrella tree. White Cedar is native to Australia and South East Asia. It is distributed mainly in the northern part of Australia mainly in Queensland and eastern New South Wales. It is also found in the Kimberleys.

The flowers are small with pale purple and white petals of five. The flowers are often found growing in clusters. The stamens are clustered into a cylindrical dark purple tube 6-8mm long (see here for photos of flowers). The fruit of the White Cedar is round and green when first formed, fleshy and yellow in colour when mature (1.5 cm in diameter). Fruits are poisonous to humans and some other mammals but birds are able to eat the fruits and thus disperse the seed through their droppings. Some reports suggest that 6-8 fruits can be fatal to humans. 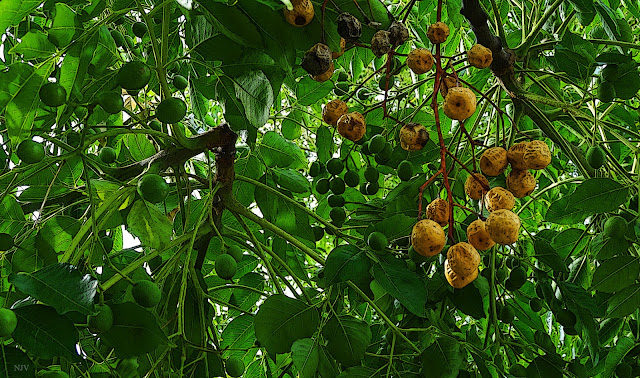 Fuchsia is a genus of flowering plants that consists mostly of shrubs or small trees. The first, Fuchsia triphylla, was discovered on the Caribbean island of Hispaniola (present day Dominican Republic and Haiti) in about 1696–1697 by the French Minim monk and botanist, Charles Plumier during his third expedition to the Greater Antilles. He named the new genus after the renowned German botanist Leonhart Fuchs (1501–1566).

There are currently almost 110 recognised species of Fuchsia. The vast majority are native to South America, but with a few occurring north through Central America to Mexico, and also several from New Zealand to Tahiti. One species, F. magellanica, extends as far as the southern tip of South America, occurring on Tierra del Fuego in the cool temperate zone, but the majority are tropical or subtropical. Most fuchsias are shrubs from 0.2–4 m tall, but one New Zealand species, the kōtukutuku (F. excorticata), is unusual in the genus in being a tree, growing up to 12–15 metres tall. 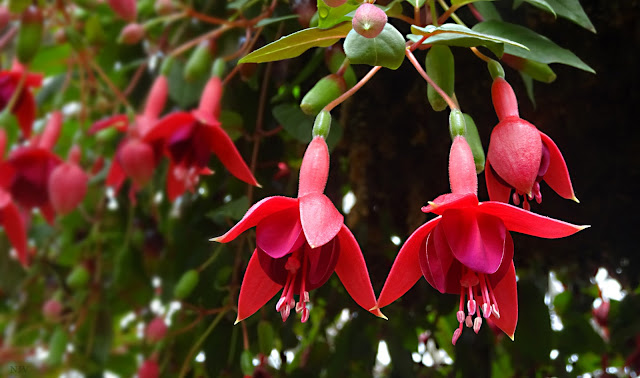 Ancient Egypt was a civilization of ancient Northeastern Africa, concentrated along the lower reaches of the Nile River in what is now the modern country of Egypt. It is one of six civilizations globally to arise independently. Egyptian civilization coalesced around 3150 BC (according to conventional Egyptian chronology) with the political unification of Upper and Lower Egypt under the first pharaoh.

Egypt was invaded or conquered by a succession of foreign powers, such as the Canaanites/Hyksos, Libyans, the Nubians, the Assyrians, Babylonians, the Achaemenid Persians, and the Macedonians in the Third Intermediate Period and the Late Period of Egypt. In the aftermath of Alexander the Great's death, one of his generals, Ptolemy Soter, established himself as the new ruler of Egypt. This Greek Ptolemaic Kingdom ruled Egypt until 30 BC, when, under Cleopatra, it fell to the Roman Empire and became a Roman province. 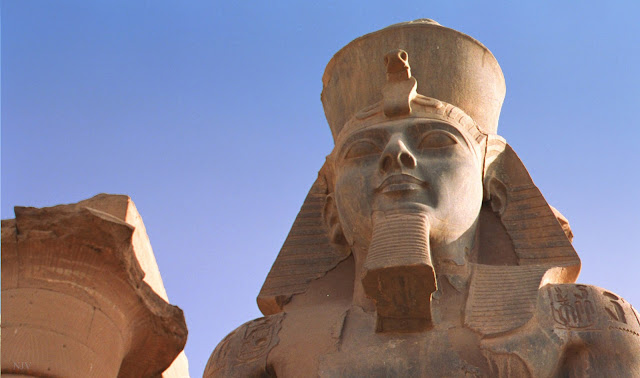 Posted by My Desktop Daily at 03:15 No comments:

The Church of Panagia Paraportiani (Greek: Εκκλησία της Παναγίας της Παραπορτιανής) is situated in the neighbourhood of Kastro, in the town of Chora, on the Greek island of Mykonos. Its name literally means "Our Lady of the Side Gate" in Greek, as its entrance was found in the side gate of the entrance to the Kastro area.Construction of this church started in 1425 and was not completed until the 17th century. This impressive, whitewashed church actually consists of five separate churches which are joined: the four churches (dedicated to Saint Eustathios, Saint Sozon, Saints Anargyroi and Saint Anastasia) are at ground level and constitute the base of the fifth church that has been built above them. 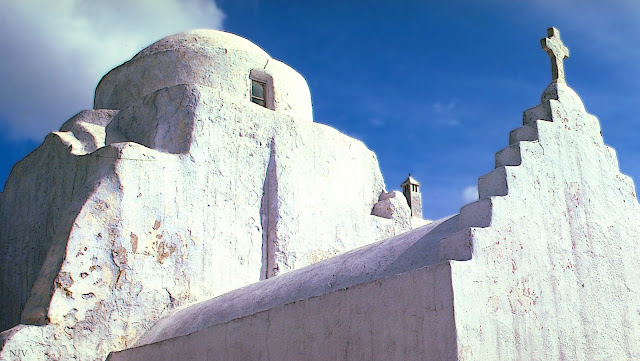 This is an image I created using a fractal generator and a kaleidoscope filter. I was trying to get a 3D effect by carefully choosing the colours and angles, and this one I think worked.

This post is part of the Monday Mellow Yellows meme,
and also part of the Blue Monday meme. 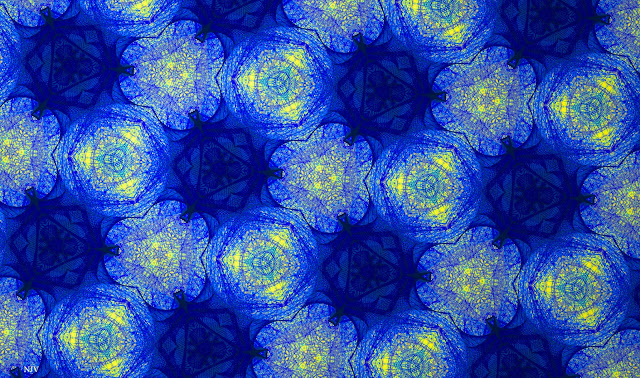 Australasian swamphen (Porphyrio melanotus) is a species of swamphen occurring in eastern Indonesia, the Moluccas, Aru and Kai Islands, as well as in Papua New Guinea and Australia. It is also found in New Zealand where it is known as the Pūkeko, derived from the Māori language. The Australasian swamphen previously was considered a subspecies of the purple swamphen. 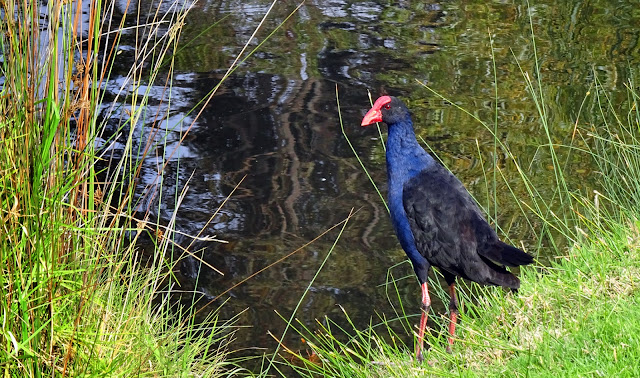 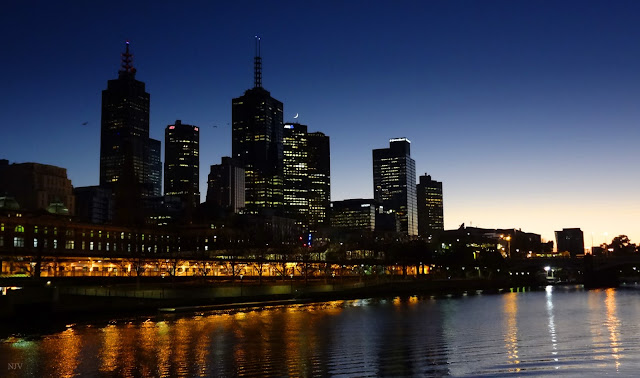 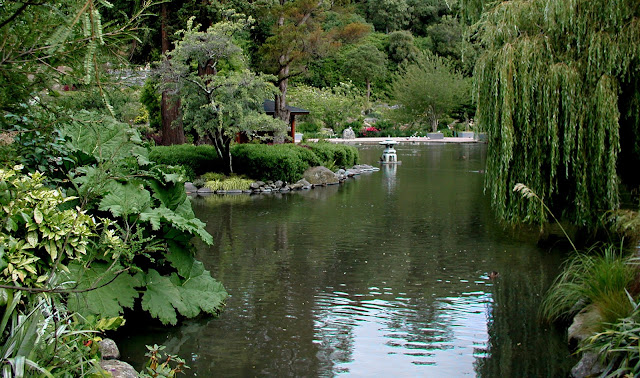 The Alnwick® Rose (Ausgrab) bred by David Austin is a very beautiful, full flowered, old fashioned rose variety with blooms of a lovely soft pink. Pretty rich pink, cup shaped buds gradually open to a deeply cupped flower; later developing into a broad, full-petalled, shallow cup of a soft pink which is paler at the outer edges - a most pleasing progression. The flowers are beautiful at all stages; this illustrates very well the great variety of form to be found in the Old Rose style.

'The Alnwick Rose' has nice rounded, bushy growth and produces its bloom intermittently from early summer to the onset of frost. Plentiful green foliage ideally complements the flower. There is a good Old Rose fragrance with just a hint of raspberry. This rose is named after the superb Alnwick Garden. This garden belongs to the Duke and Duchess of Northumberland and is one of the great gardens of Britain, including many English Rose varieties. 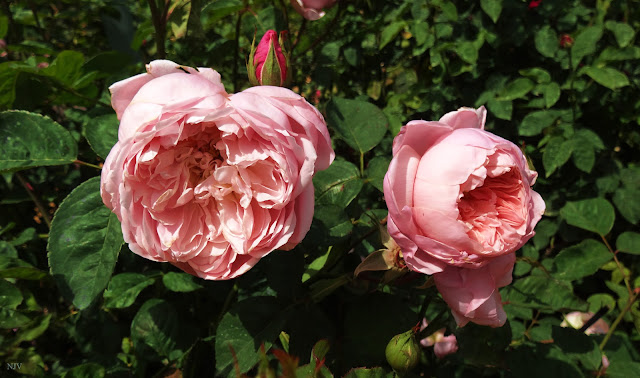 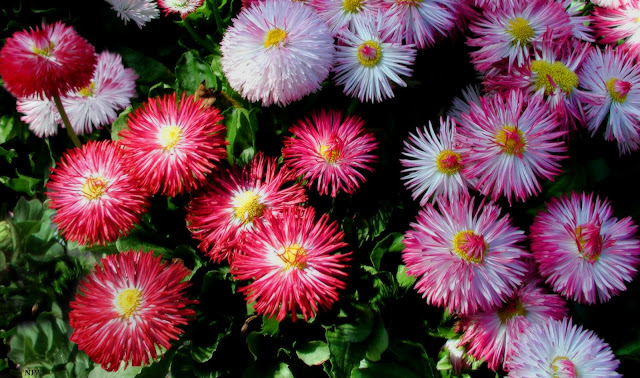 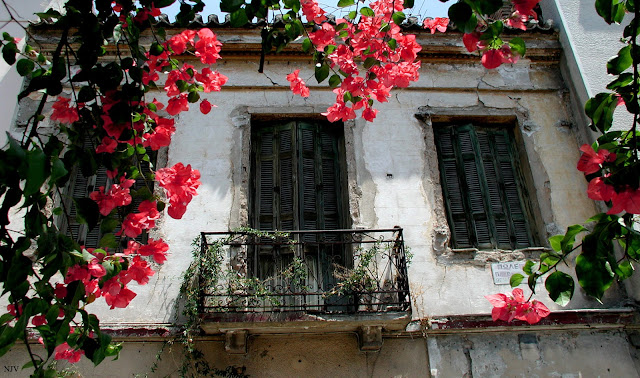 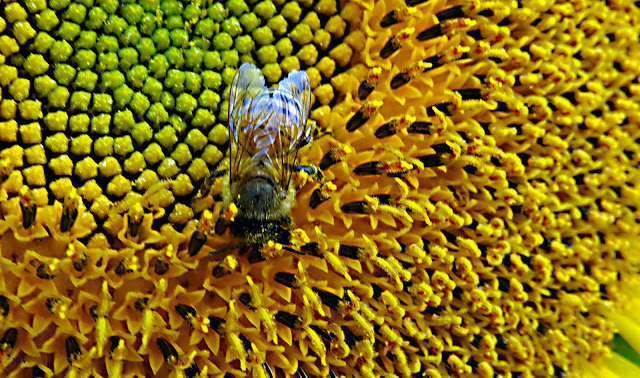